The top 10 candidates vying for the Republican nomination for president gathered in Cleveland, Ohio, for the first debate of the 2016 election cycle. (The other seven candidates debated earlier in the evening.) The Fox News moderators had a challenging job, given the number of contenders competing for camera time and the unpredictable presence of the current front-runner, Donald Trump.

This is an important event and this run for office of President for 2016 is heavy with historic meaning. Fifty years from now, our great grand kids are going to learn in school about this period, and they will not be learning about the ISIS, or the Iran Deal or even Obama. What they will be focused on for this period of ten years is how Congress was allowed to operate in the manner they have -- and hopefully the laws we have passed ensuring it can not happen again.


Personally, I don't understand how any of the Congressmen or Senators at the debates could be considered as the Executive leader of this country when they have refused to work for the last 8 years. That alone is a deal breaker for me. They were intrusted by their constituents, and refused to do their jobs.We were still in a time of war, and they did this.

1) Ohio Gov. John Kasich: He set the Internet buzzing with his common-man, common-sense pitches, weaving in family stories while introducing his economic record in Ohio to a national audience.

2) Donald Trump: The media was waiting for him to implode, but he owned the stage when it was his time and made a case for being in the Top 10 by not suffering a fatal mistake. And he continued to tap the American outrage at the ruling political class while maintaining his entertainment value. But there’s a danger his bombastic style and his refusal to support a GOP nominee may hurt him in the polls.

3) Carly Fiorina: She stood head and shoulders above the rest of the field in the pre-debate debate. She sounded and looked presidential while repeatedly hitting the buttons of the conservative base. 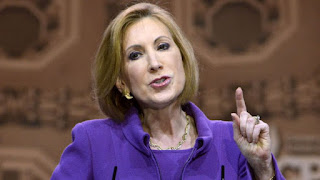 4) New Jersey Gov. Chris Christie: He sounded like an executive ready for the job while rebutting some of the claims he’s too liberal to win the GOP nomination. He also scored some serious points in attacking Rand Paul. Which is how they debate I am guessing. It is not that you have the right answer, it is your opponents look worse than you.


HELD THEIR OWN WHILE TREADING WATER

1) Sen. Marco Rubio: He effectively challenged Hillary Rodham Clinton’s record while emphasizing his humble beginnings, though he didn’t do enough to break into the top contenders yet.

2) Former Florida Gov. Jeb Bush: Despite a few shaky moments, he sounded and looked presidential and effectively addressed some of the criticisms conservatives have levied against him with his answers on education and the Bush dynasty. 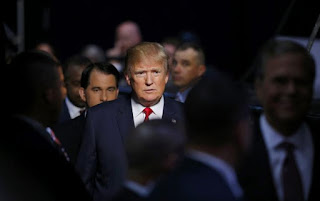 3) Wisconsin Gov. Scott Walker: He flashed his appeal to security and social conservatives and cemented himself as a common-sense, Harley-driving Midwesterners. But he had trouble standing out against larger personalities.

4) Former Arkansas Gov. Mike Huckabee: He had some good zingers and laughs with a polished performance, but at times felt more like a radio talk show host than a presidential contender.

5) Former Texas Gov. Rick Perry: Made good use of his record as chief executive and experience.

6) Louisiana Gov. Bobby Jindal: Didn’t always connect with the audience through the TV screen but used his record effectively on how he has applied conservative ideas into real policies.

7) Ben Carson: He came across as an eloquent, thoughtful anti-politician, but did not score any winning punches and at times seemed too deferential. But he finished strong with one of the best closing statements. 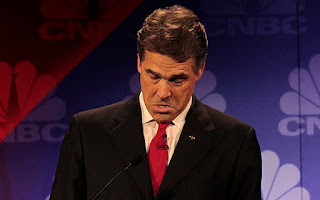 1) Texas Sen. Ted Cruz: Too many stump lines and too little effort to hit the likability factors.

3) Former Sen. Rick Santorum of Pennsylvania: Felt like he was just going through the motions.

4) Sen. Lindsey Graham of South Carolina: Was strong on national security issues but sounded like a one-note Johnny.

5) Sen. Rand Paul of Kentucky: Took too many incoming hits, including from Mr. Christie and Mr. Trump. Wasn’t on his game, yelling answers.