T-ainm an omen: Omen an t-ainm: Would Any Other Name Smell As Sweet?

“... [before] I’m accused of a complicated plot that I’m not mentally capable of thinking up.”
— Richard Jeni

Philosopher Peter Carruthers[1] recently suggested that there is no such thing as conscious thought. I’m beginning to lean that direction myself. Our memories are suspect by any applicable measurement. They are suspect both in accuracy[2] and existence[3].[4] There is a good chance that up to thirty-percent of your memories right now are false. Not false as in incorrect, but rather false as in — never happened. So we have this two-thirds of our memories telling us, ‘it’s all good, we got this,’ and we don’t give the rest much thought afterward.

As a writer, probably just like you, I give certain elements of my stories a level of focus and detailed attention that other aspects may not receive. These aspects are important to me, personally, and likely why I’m writing the story at all — fiction or nonfiction. For me,  one of those places — though not so elemental to the message — are the names of my characters. I enjoy that bit. Naming my characters.

I recently named a character ‘Ocean’. I felt the name fit the character. I was particularly happy with this choice. Try saying that name out loud. Humor me. Say ‘Ocean’. It has a full body, doesn’t it? Saying that name opens up the mouth and throat, and reaches down into the lungs to pull the word up like the moon pulls up the tide. Then it ends. Not suddenly or empty, it just stops like the final reach of a wave up on the shore — reach and gone with the hint of a sigh. The meaning is premimorial, to encompass the full expanse of all the seas; or the name of a god. That bit pleased me a great deal. I didn’t learn that part until later in the story when the female character looked up his name, which was like chapter four or something.

We know a lot about Ocean, don’t we? I’ve basically described him completely. But, yes I have. I have named him. And like the ‘naming’ engaged in by the ancient wizards, have called Ocean into existence — in full form and complete. What do we not know? We know Ocean is male. That is obvious I think. He’s tall. Taller than normal. Mature — but could be seriously old. He looks good so we’ll go with ‘mature’. We know he has blue eyes, his hair is white or platinum blonde. And we know he is one of the heroes of the story. No, not because he is beautiful, but because his name is Ocean.

Unfair? How do you think I felt?  I have, all of these years, believed that naming was a creative process. Now, it seems that their names were always obvious, and predefined. The sound of their name, it seems, describes the character[5] — several recent studies have found.

Nomen est Omen, with fiction writers — we choose the name of the characters; the sound of the chosen name describes the character. It is interesting the metaphor language we use for names in light of this — the name ‘fits’, he’ll ‘grow into it’, he ‘looks like a Name.’

Ocean is male because of the ‘O’ vowel which dominates the word and the ‘c’ shissssing away from that big ‘O’. The ‘ean’ which sounds phonetically like ‘end’ maintains that big ‘O’ feel, which in turn offers Ocean the depth in fathoms. That brings in the feel of deep blueness and deep blueness feelings experienced from first names denote ‘good guy’, ‘mature guy’, and if not the MC, ‘important guy’, with damn good looks thrown in as well.   Yeah, all that.

The ‘damn good looks’ part was especially crawly-creepy,  as Ocean is a cambion, from a Succubus(sex demon). 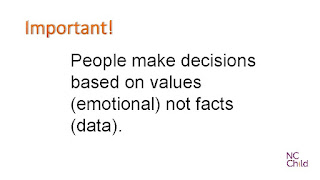 I just got done going through all of this research last night. The area of study is called psycholinguistics, an annual conference in Europe is called AMLaP(Architectures and Mechanisms of Language Processing).   It is an amazing discovery for me, and there has been a great deal of work and publication on this subject. (see further reading below). Further down this rabbit hole is that the data appears to support the premises these clues and facets are cross-cultural — they are true for the languages they’ve tested so far.

Much of the motivation to these studies comes from basically four words: Kiki and Bouba. Ferdinand de Saussure’s influential theory of semiology clearly states in Principle I: “The bond between the signifier and the signified is arbitrary.” Meaning that cat and dog could mean dog and cat. Modern linguistics is built upon this presupposition—that the relationship between the signifier (or sound- image) in a language and the signified, or concept, has no direct, discernible pattern. According to Saussure, these relationships are based solely on convention and collective behavior.

This preliminary assumption of the Saussurean model, however, has been complicated and challenged in a number of ways since the time it was published. And that is where Kiki and Bouba[6] come in.  If I told you that kiki was an object would it be a sharp pointy object or a smooth roundish object? What about bouba? What color is kiki? How does a glass of bouba taste? Most people when asked questions like these say that kiki is pointy, rough, yellow or bright and sour or hot. Bouba is blue-ish, smooth, round, cold and creamy. They are of course terms created for tests like these and others. Other words like ‘Maluma’ and ‘Takete’ are also used.[7] 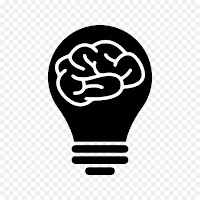 Poets and writers, of course, realize that the sounds words make can be used towards expressive means beyond their purely semantic content. The sounds of words can “feel'' sharp or dull, for example; they can give a phenomenological or kinesthetic response. Marketeers and advertisers, those who create names for new products, use this knowledge to great effect, seeking the ways spoken words (and neologisms) can evoke images and elicit an emotional impact. While morphemes— roots, prefixes and suffixes—are generally considered the foundation of meaning, some evidence shows that phoneme sounds, situated at a lower level, can influence meaning subconsciously.

This awareness of these word architectures and the mechanisms underlying our communication opens up a vista of possibilities. If I am understanding all of this (which we know I’m not, not yet), then on some level I’m aware of these considerations as I’m picking one out.

Black and Wilcox (2011) note that writers take informed and careful decisions when attributing  names  to  their  characters.   Specifically, while care is taken to have names that are easily identifiable and phonologically attractive,  or that are important for personal reasons,  these are not the only considerations: names are chosen so that they match the personality, the past, and the cultural background of a character.

According to Algeo (2010) behind each namelies a story while Ashley (2003) suggests that a literary name must be treated as a small poem with all the wealth of information that implies. Markey(1982) and Nicolaisen (2008) raised concerns on whether onomastics can be applied to names inart given the different functional roles of names as well as their intrinsic characteristics, namely sensitivity and creativity. ‘Redende namen[8]’ (significant names) is a widespread theory that seeks the relationship between name and form (Rudnyckyj,1959).

I don’t mind admitting that the comedian Richard Jeni’s complaint about his girlfriend accusing him of complicated plots he’s not mentally capable of thinking up(Platypus Man[9]) comes to the front of my mind. There is also the old adage of the instructor's lecture noting that the author is using the Blue curtains to emphasize the depression and mourning of the main character as he sits alone in his living-room — followed by the author quoting ‘the curtains are blue because they are blue.’ But I’m also aware that sound is a factor. For my personal taste perhaps not the sound of a particular word but, yes for how the words flow together.

Fabiënne Reedijk appears to be particularly active in this area of study and research. AMLaP 2012 just occurred in September, so that explains the activity level in many respects.

Much of the research is on the rest of our vocabulary, other than names, but it appears from the data that these ‘preferences’ to color, shape and appearance encoding within word sounds are universal, cross-linguistic — it is the same in German, Dutch, Spanish, Russian, Slavic, Egyptian, Arabian, Chinese, Korean, French, etc.

Is this a symptom of becoming aware of how much thought is being pressed into what I thought was direct and simple?

Or is this brushing up against a limiting barrier of conformity guidance and allowance?

Is Life really just a dance after all? Is the Hokey Pokey really what it’s all about?

How much is the reader aware about the continuity of a character’s name and their description?

Is that a usage? What is the sound of a Red-Herring?

MAIOCCHI, Marco, and Margherita PILLAN. “The Human Emotional System and the Creativity in Design.” A Matter Of Design. Making Society Through Science And Technology, 2014, 881.

Postma-Nilsenová, Marie, Constantijn Kaland, and Leonoor Oversteegen. “The Power of Words in the Brain: Systematic Sound-Meaning Associations in Novel and Existing Words.” In Proceedings of the Annual Meeting of the Cognitive Science Society, Vol. 35, 2013.

[1] "There Is No Such Thing as Conscious Thought - Scientific American." 20 Dec. 2018, https://www.scientificamerican.com/article/there-is-no-such-thing-as-conscious-thought/. Accessed 28 Dec. 2021. 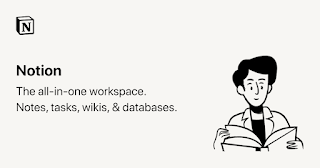 Check out Notion. It's free for personal use