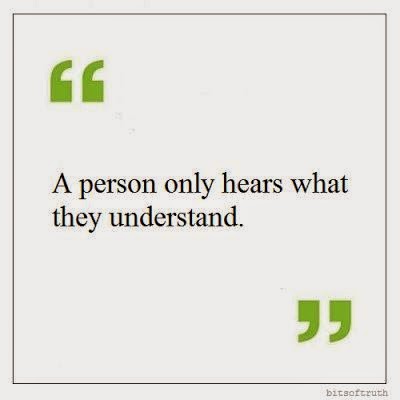 I've been posting this message all morning to editors, school board members and any place else I can find. The falsifications and misinformation around the AP History course have spread far and wide over the Internet, with people buying into the claims and propagating the same fictitious information without ever checking the AP US History course to see if any of it is accurate.


Q: Does AP US History Teach about our Country's Heroes?
A: I don't know. Does your School Teach about our Country's Heroes?
Q: Of COURSE WE DO!
A: Then of course the AP US History teaches about them... since it is taught with your  curriculum.
Q: (?) oh...but...
A: He lied.
Q: oh...
This whole mess in Colorado with the High School and the Censorship.. it is all based on the false information given to Julie Williams about the AP US History program and framework. Not just her. It was also given to News Week, and it was very convincing, I mean.. why would anyone lie about something like that?

Then... things weren't adding up, and I went to the College Board website and looked the program over. What I discovered in only a few short minutes was that Larry Krieger has mislead everyone, with the intent of forcing the AP to go back to the old format.
Here is why...

Larry Krieger, owner and designer of InsiderPrep, and former AP History teacher, is the influence behind  Julie Williams in Colorado-- who, as she told  Breitbart Texas ..  the proposal they are trying to pass is to preserve US history from the progressive APUSH and it is similar to actions taken by the Texas SBOE.

"Texas passed its resolution against AP US History. In Colorado, people are talking about that," she said. "What does it hurt to look into this? Our students deserve to have the best, appropriate education possible," she added. "Without looking into this, we could be harming our students," she said. She indicated that over the past year "APUSH and a new fifth grade Sex Ed curriculum were slipped into the schools with little public knowledge."


Julie's claim that it was "slipped in" isn't correct, On Sept 10, 2014, the Colorado State Board of Education already discussed the issues that Larry Kieger has been fabricating and propagating regarding the 2014 AP History program. Larry Kieger invited himself into that meeting via telephone conference. The board  listened to arguments for over 90 minutes, and decided it was still acceptable for the State Schools. You can listen to that part of the Board meeting (here)

Texas dropped the AP on the testimony of Larry Krieger
Larry has been doing quite a bit of talking and writing.
Newsweek Interview with Larry Kieger
(my first encounter with this man)

By Krieger's own admission, there is nothing false or misleading or untrue inside the AP material. The College Board has said over and over that this is a Framework design and as such it negates all of these complaints against the AP History program. So let's pull some sheets shall we?

Let's look at the orchestrator of these complaints.

Larry Krieger owns InsiderPrep, which is a business that creates and sells books and materials to help a student prep for the AP classes and tests. -- Well, it did help up until this year. See, Larry's Prep course is based on the old study methods, where memorizing is more important than critical thinking.

The AP History program has changed drastically, in that it is only a Framework now, not a full course like it was in the past. So, there is no ..."series of chronological chapters that match the sequence of topics in the College Board’s official APUSH Course Description booklet." ... Which is how Larry Krieger's program is developed. AP is now a comprehensive, adaptable Framework.


A new Curriculum Framework Evidence Planner helps teachers customize the framework by specifying the historical content selected for student focus. It can also be provided to students to track the historical evidence examined for each concept and as review for the AP Exam.

Schools and teachers develop their own curriculum for AP courses. Submitting a syllabus to the AP Course Audit ensures teachers have a thorough understanding of AP U.S. History course requirements and are authorized to teach AP.

See that one line? "Schools and teachers develop their own curriculum ..."

Meaning that the framework Can Be fully Right Wing Conservative, going over each of the founding fathers in detail and focusing on the deeds of courageous people... OR ... it could be middle of the road, focusing on the growth of the nation, or it could be both, or neither.

The idea behind this interesting change is -- There are simply too many areas of Local State History (which have been left out of the AP classes) to cover them all. Also, every district assigns a different value of importance to Local State History. There are over 14,000 School Districts in the United States.

David Coleman, now president of the College Board, came up with an idea which addressed this issue, and solved the problem. For 2014, AP created a Framework, instead of a static text design. This new design allows the teachers and districts to create a program suitable for their own use.

Both Larry Kieger's claim and Julie's parroting out into the wind tunnels -- that something is missing -- is silly. It isn't missing ANYTHING. If it has a Left or Right or Conservative or Liberal bend, then it was put there by the school or the teacher, not AP. -- Think of it as Object Programming if you know something about that.

Except, there is a problem... a problem for Larry, anyway. See Larry's Prep and Study course no longer fit the AP History program, because there is no way of telling what the district is going to focus on ahead of time. So there is no Chapter to Chapter.. so basically his Prep courses are useless and no one is going to buy them. So... Larry is out of a job. Apparently he's not that happy about it either (and I have to admit I wouldn't be happy myself... but I wouldn't go around doing what he is doing).

Since Every school, indeed every teacher can create her own syllabi, paying attention to areas and focuses of history which are most in line with the state and local focus-- Larry has nothing to sell and his publications are no longer marketable. -- Unless he talks you into believing that the new AP Framework design is somehow bad.

This is very difficult to do, because there is nothing false, misleading or wrong with the facts or the framework. So, he has to go after something with a lot of emotion behind it, something that will cut through logic and distract you away from the very cool idea of putting together your own AP classes -- teaching the AP like you always thought it should be taught.

Thus begins Larry's impassioned propaganda campaign against AP History, where he takes out bits from the examples of the New AP, (A technique known as Cherry Picking), twists some things up to show bias (A technique known as Appeal to fear: exploitation of anxieties or concerns), while presenting Sample Data as the Real Data (A technique known as Disinformation), it is all up to the teacher and the school what to build with the Framework -- and then he begins screaming Leftist Democrat Indoctrination(A technique known as Labeling: use of dysphemistic terms to promote negative reaction), and banging on tables.

Larry has found new friends. People who are professional propaganda workers, like Jane Robbins, who joins him because she is attempting to discredit Common Core, and David Coleman was the Lead for the Common Core Project. Through Robbins, Larry meets others who are also working to stop Common Core and he bands up with them. Now he is coming to your School to spread these false claims.

The claims are very specific. They are not random. They are from a script which obviously Jane Robbins wrote for him. They are not just a list of items, they are a part of a propaganda method, which, in his book 'Mein Kampf', Adolf Hitler called "The Big Lie." So this is not just Larry coming to tell you a few things at the Board meeting. This is an attack, and it should be greeted like one. Because the Truth is, the AP History Course is exactly what you always wanted it to be.

Again... from the AP History area of the Web Site where you put together your State's AP Curriculum.

The AP® Program unequivocally supports the principle that each individual school must develop its own curriculum for courses labeled “AP.” Rather than mandating any one curriculum for AP courses, the AP Course Audit instead provides each AP teacher with a set of expectations that college and secondary school faculty nationwide have established for college-level courses.

AP teachers are encouraged to develop or maintain their own curriculum that either includes or exceeds each of these expectations; such courses will be authorized to use the “AP” designation. Credit for the success of AP courses belongs to the individual schools and teachers that create powerful, locally designed AP curricula.

There are no specific curricular prerequisites for students taking AP U.S. History.

All students who are willing and academically prepared to accept the challenge of a rigorous academic curriculum should be considered for admission to AP courses. The College Board encourages the elimination of barriers that restrict access to AP courses for students from ethnic, racial and socioeconomic groups that have been traditionally underrepresented in the AP Program. Schools should make every effort to ensure that their AP classes reflect the diversity of their student population.

I hope this helps you to avoid all of the confusion and fabricated controversy so that you don't wind up like Texas. -- Glenn Hefley 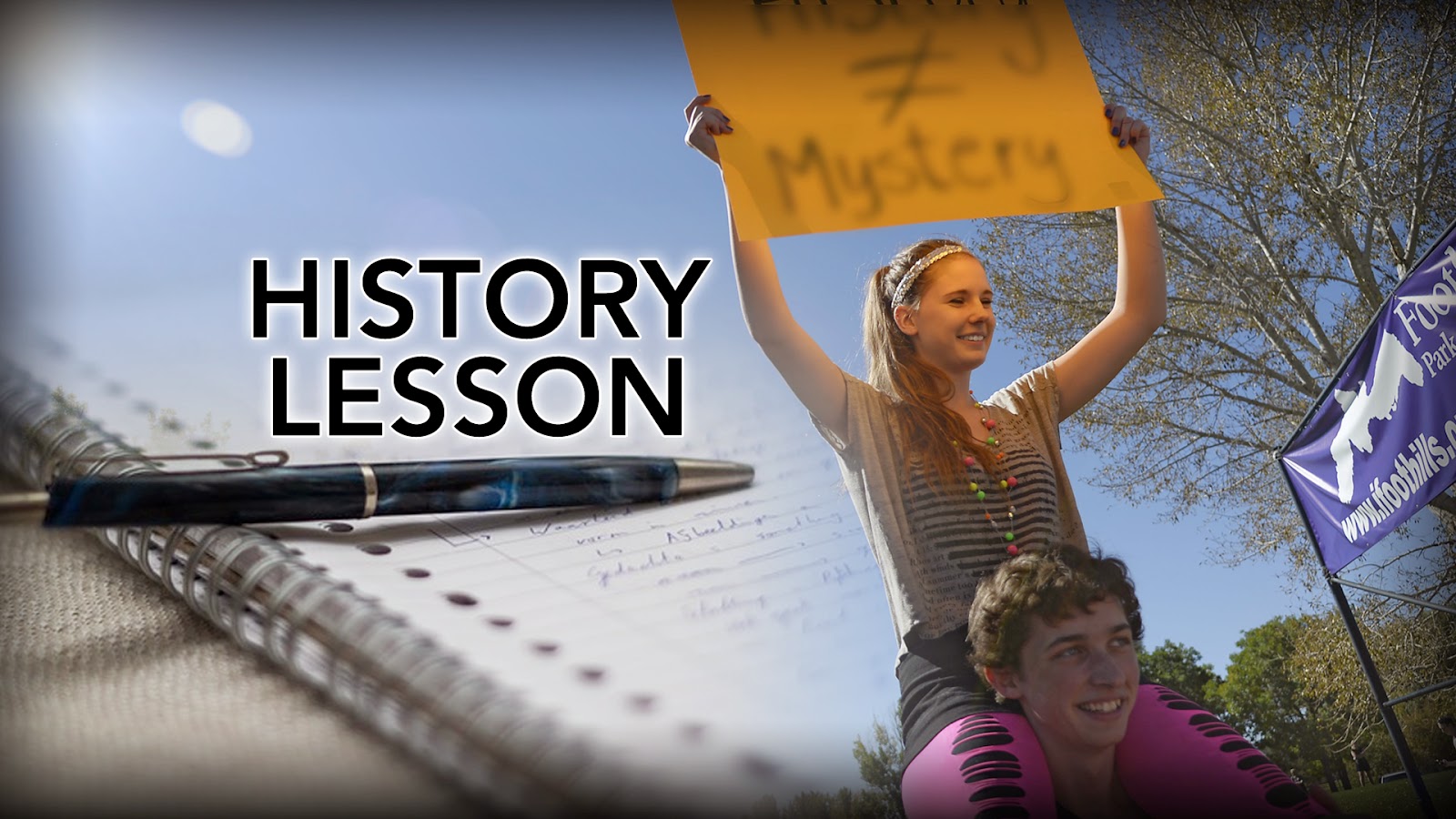