July 06, 2015
What really throws Wonder Woman as a serious warrior, is that damn name. Who thought up that name anyway?  Believe it or not that was  psychologist and writer William Moulton Marston.

Her real name is  Princess Diana of Themyscira. When outside her homeland, she is sometimes known by the secret identity Diana Prince. She is gifted with a wide range of superhuman powers and superior combat and battle skills. She possesses an arsenal of weapons, including the Lasso of Truth, a pair of indestructible bracelets, a tiara which serves as a projectile, and, in some stories, an invisible airplane, Mental Radio, and Purple Ray that could heal otherwise lethal injuries. We don't see much with the Mental Radio and Purple Ray these days and I'm just fine with that.

The best fight scene ever was Diana deciding that she needed to slap Super Man around a bit.
There are two parts which truly show Diana at her best -- the first is when she decides to "hold back" because Super Man isn't the enemy -- (???) hold back? seriously?

The second is the look on Super Man's face when she slices open his cheek with her sword. Didn't see that one coming did you big guy. 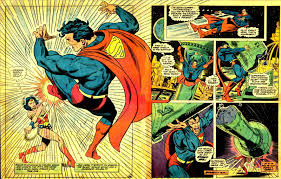 This isn't the first time these two have had it out either... so Diana was fully aware of what she was going up against.

They had a Fan Fight match up a while back where the immortal Princess Diana of Themyscira, whose strength wisdom and other abilities come from being an avatar of the Gods and Goddesses of Olympia, against She-Hulk. The out come I believe was She-Hulk on top -- but the match up was unbelievably silly.

Not saying that Diana is the obvious winner. When Thor fought Hulk, that didn't go the God of Thunder's way at all. But Thor and Hulk are hot head fighters -- and She-Hulk, sexy vixen she is, is not Hulk. Not even close. Diana has lived thousands of years and is fully capable of leading an army of gods against all aggressors. She's tactical, her intelligence is at nerd level, but more than both of those, she is experienced. 1000s of years of war, give you an advantage that strength or speed or any other super power, simply doesn't match up to. 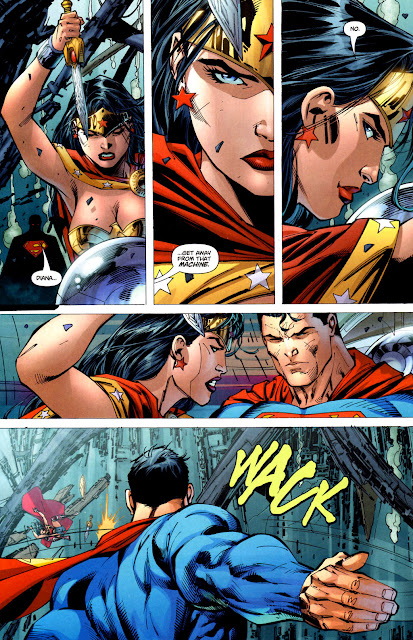 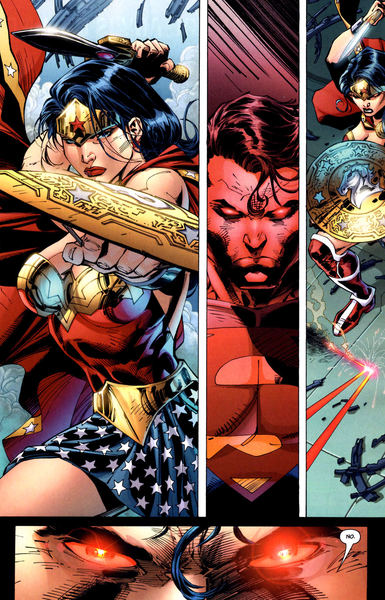 The fact that she got up... should have given Clark a clue here.. 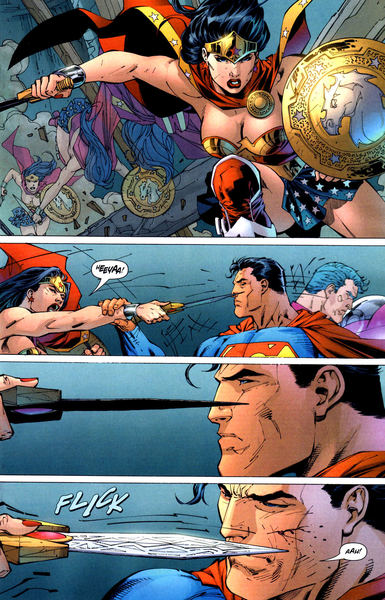 Look at that face... god i love that face
Her  magical sword forged by Hephaestus that is
sharp enough to cut the electrons off an atom. 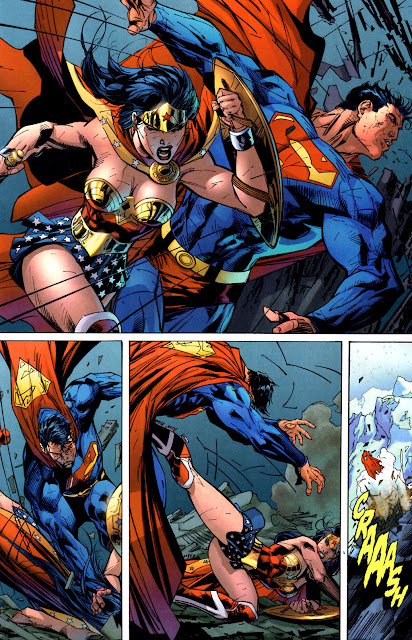 Batman once called her the "best melee fighter in the world". 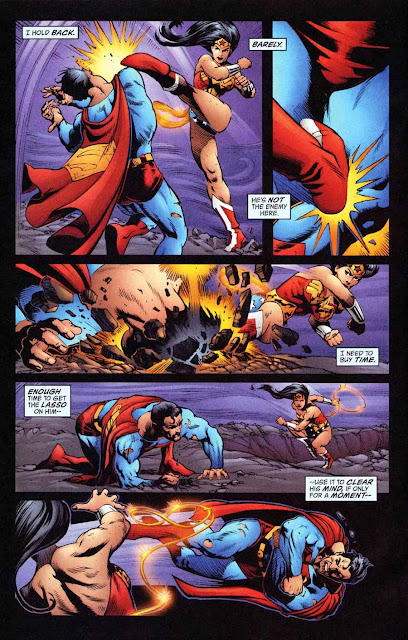 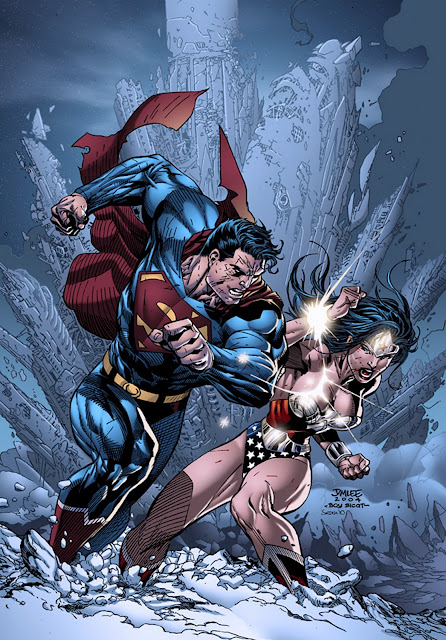 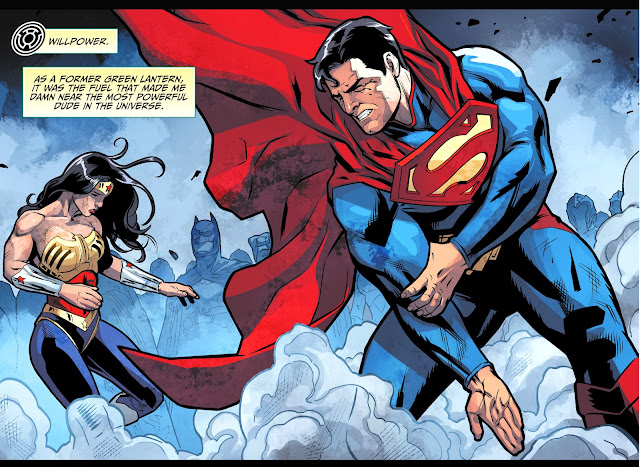 That looks like a broken arm to me... Don't mess with Princess Diana of Themyscira... just.. don't