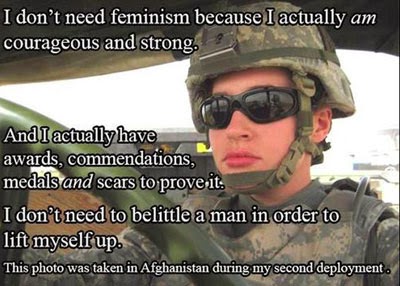 I just ran into a Woman Against Feminism and a guy who hates feminists, but believes strongly in equality of rights -- on tweeter.

Tweeter is horrible for conversations like that, but I learned quite a bit. I'm weekss from being 50 years-old, so I've been around watching the Feminists getting more and more brutal for awhile. I get that the movement has gone awry. They pick fights when to do nothing would be to their benefit and make a stronger statement. They go after fights they can't win, ignore objectives where they could succeed, and frequently disown allies -- I'm incredibly happy I don't have to deal with them.

To be honest I forgot who Emma Watson was until she mentioned Harry Potter in the speech which I didn't catch when I read the transcript the first time. I checked around and it appears she wrote that speech herself. What is she? 18? 19? Wish I had a world view like that at 18. 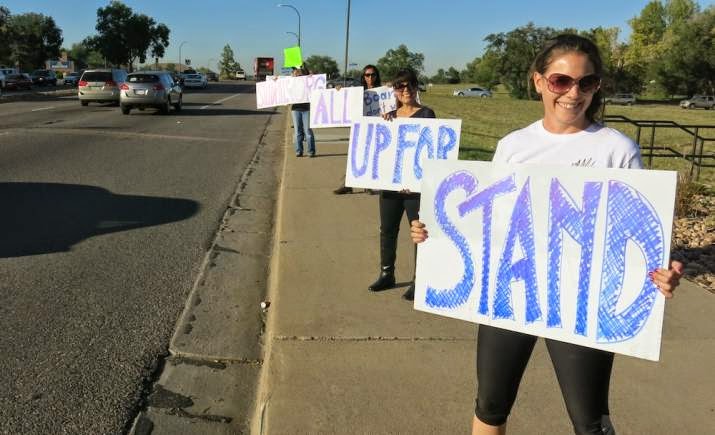 I just came out of an Awareness/PR mess in Colorado. The Jeffco students. I was tailing around a guy named Larry Krieger -- a scam man trying to get AP History to go back to the way it was so his business (making study guides for AP History) wouldn't be obsolete. That led me to Colorado, to their AP History fight, which Larry was fanning, and then to the kids. That led to CommonCore when the kids wound down.

CommonCore was brutal -- looking back I think I got involve more

for the challenge than the cause. I'm an old OpenSource guy though, and the OpenEducation that CommonCore allows quickly showed its value. CommonCore though was a big chip. Still is. This was the first time I've ever used marketing skills against a willful and talented demagoguery campaign.

The main player I came up against was Jane Robbins. She's … well… she's seriously good is what she is, and I quickly figured out that it takes ten times the energy to undue bullshit than it does to propagate Bullshit.

She's amazing with implied facts, which were more effective than I ever dreamed. I mean, how do you counter awareness of something people don't believe they have?

Over the last twenty-five years, I’ve read books like Predictably Irrational and others like it -- studied decision making, and psychology, -- so as a technique I understood what Jane was doing,, and even how Jane was creating her articles, but had no practical experience in undoing it.

I probably learned more about copy-writing in three months than I did over the course of ten years. And I finally have a true grasp of the phrase, "the pen is mightier...."

After the elections and seeing that CommonCore was well into the school year, and no one was going to be pulling out of it, or AP History at this point, I went back to my novels and then I came across Emma Watson's speech at the UN. 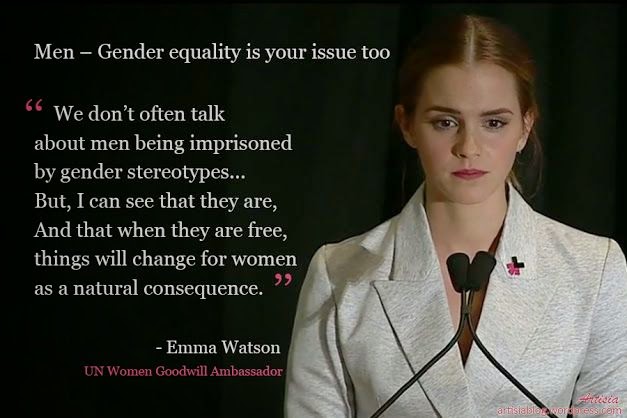 After the first read, I wrote a post for my blog. Then I watched her delivery, and recognized who she was -- but was already hooked by that point. The idea she has, the tactical value of it, cuts through a great deal of the Hydra. It doesn't require the Hydra to "come together" or loose its heads. When I read it as a technical strategy I'm reminded of that quote attributed to Einstein, that you can't fix a problem with the same mentality that created the problem. Emma seems to believe this as well. What she has done is call in men (the enemy) to help her (a new set of eyes) bring equality between men and women.

The Fems are appeased because Emma, rather quickly, brings up abuse and rape -- implying men are strong and battle ready, they can protect -- if they will at least object. She also uses that quote “All that is needed for the forces of evil to triumph is for good men and women to do nothing.”

She makes the implication and drops the subject. It seems to have worked. There are a few ultra-man-haters in Femland that have posted some "WTF?" articles, but they are fairly easy to rebuke, and debunk. Emma's speech is very solid in idea and vocabulary.

Men are pulled in because they are tired of their own inequality problems, which are only currently voiced by hate groups like A Voice For Men. Anyone close to being moderate isn't likely to come near those groups. They are part of the problem. Ultra groups of fems are the same way. The guy who hates Feminists, but is definitely for equality of the sexes, sent me an article during our conversation. The piece was about how a feminist group barring a men's mental health support group from their college. 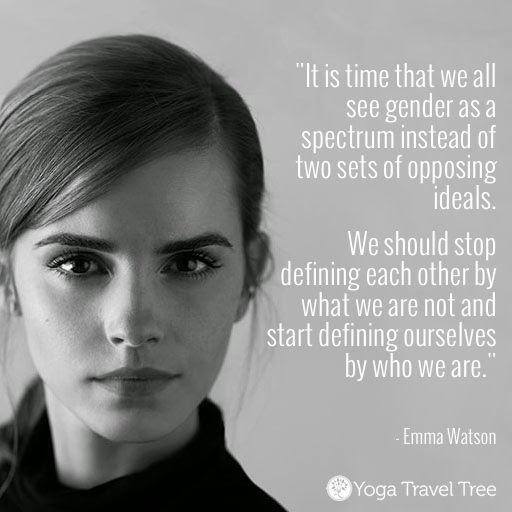 What is odd, is that Emma talks about men's mental health problems and the tendency toward suicide in her speech and then this is dropped on me.

And… he's right… it is. We have, after decades of attack and abuse developed a large population of women who run everyday, all day on fear, and burn from second-degree rashes of remembered pain. They over react when the slightest show of possible threat comes near them. Just like they did in that article.

Men, needing mental health support, make a men’s group to share their pain and solutions, which they damned as having the potential of being exclusionary. Thus, the feminists elicit the gay men's group (to be non bias of course), and battle to bar the group of men from the college campus.
It isn't about the mental health issues, the college has other mental health support groups. They are men, and they are getting together and they are on the Fems safety zone -- college grounds. -- this much is enough for the Feminists to attack.

The sad thing is, they won. The group was banned.

Emma addresses this exact issue in her UN Speech …

"And, the more I spoke about feminism, the more I realized that fighting for women’s rights has too often become synonymous with man-hating. If there is one thing I know for certain, it is that this has to stop."

"We don’t often talk about men being imprisoned by gender stereotypes, but I can see that they are, and that when they are free, things will change for women as a natural consequence. "

"I’ve seen young men suffering from mental illness, unable to ask for help for fear it would make them less of a man. In fact, in the UK, suicide is the biggest killer of men between 20 to 49, eclipsing road accidents, cancer and coronary heart disease. I’ve seen men made fragile and insecure by a distorted sense of what constitutes male success. Men don’t have the benefits of equality, either."

So my first real objective is to write up some strategies, articles and posts bringing those areas of the speech to light as practical application methods, and then ask Emma to send that college an Open Letter, which we'll get into the media. It won't matter if the college responds or not. The fact that she addresses this action as not being in accordance with the UN Women's group or HeForShe, will send her message running like hot energy across the Internet, and clarify her movement’s interest to everyone involved.

Then, to find a similar event for the Male Spokesperson of HeForShe to do the same thing for women. This will send the message that we got each other's back, and we can roll like this.

We can roll like this. In fact, this is the only way we are going to be able to roll. Emma's right. The game has changed, and the hour is growing late.