Do Swear Words have a Purpose?

Should you use swear words? There are quite a few opinions out there about whether they should be used. Some people feel that there is nothing intellectual or edgy about swear words -- That they have no artistic value, and only show a lack of skill.

The first thing I want to know when asked about this topic, and many others that come in the form of "Is it alright to..?" is to know if the concern is as a Writer? or Morally? I can't help with morals. I don't find moral evaluation effective for fiction writing. Just about everything I post on this blog is from the POV of being a writer, and creating stories which have immersion value for the reader. With that in mind:
Perhaps a strong argument could be made that profanity itself is not intellectual. Maybe you could even make an argument -- that, aside from those who have endured injuries to the brain, or suffer from mental conditions, which make swearing an act beyond their control -- using profanity demonstrates a lack of intelligence. However, using fuck properly as a writer is intellectual.
Studies show that sex-related insults in particular are common across cultures (Flynn, 1976), so they are good tools for keeping the reader inside the story, with a strong, impacting word. No matter what culture you are raised in, if you speak English, you are not going to be confused about the meaning of Fuck in the context of the scene.
Vocabulary Effect

Take a quick check of your emotional state at this point. How do you feel over all? Note levels of stress or tense muscles. Take a breath and relax. There are several memes in this article which will likely cause tense or stressful feelings as you continue to read. Be mindful and allow the feeling. Notice what happens when you read these words. Make notes.
Having command of a lexicon, which is cross-culturally understood has obvious value to a writer, no matter what that writer strives in producing. This is hardly an intellectual justification for a small subset of the vocabulary, when there are others which could claim the same level of understanding. But there are qualities in certain words which other words do not possess.

A while back I posted a piece on the power particular words have on us:

Writers use words as tools, as keys, even as a mode of travel -- but it has come to my attention that many writers, even experienced novelists, don't really divine the concept that 'words have power'. Take for example the word yawn. Yawn is short, and basic. Yawn is not a command, and thus benign. Yawn is even a common word. We hear the word yawn all the time. When someone yawns, however, other people yawn.  In fact, you don’t even need to see me yawn do you? No. You don’t. You just have to read the word yawn, a few times, and your mind will react just like the word yawn was a real yawn, instead of just a word on the page.

Not enough novelists give this the consideration it deserves. It should be passed on with greater frequency, but even we minimize phrases like “Words have power”, hearing it as an esoteric belief, rather than a fact that has more than three decades of rigorous study behind the concepts to back them up -- with repeatable results. We feel or believe that this belongs to another era, the 70s perhaps -- when in fact it is more apt now than it ever was – in any other age.

So, back to what we are talking about, we know that insults, especially insults that refer to the act of sex a physically affecting. However, simply referring to sex or genitalia is not sufficient to make a word or phrase taboo. Our reaction to the word “fuck” is much different than our reaction to “coitus,” “make love,” or even “have sex.” There is also nothing special about the sounds or syllables in the word “fuck.” Close-sounding words—such as “duck,” “truck,” and ”buck”—are not prohibited and in some cases can serve as a more socially appropriate substitution for what everyone understands was meant to be a curse word, for example “mothertrucker!” (Pinker, 2007).

In certain situations swear words and taboo phrases have their uses: mainly to evoke a strong negative reaction from someone. Speech perception is nearly automatic in mature individuals (Pinker, 2007). Try this: don’t think of an apple. Did you think of an apple anyway when you read the word “apple”? With swear words, your mind 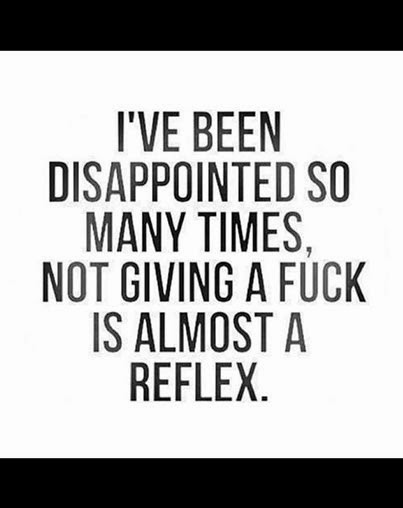 immediately drags up whatever offensive combination of forceful descriptors of the nastier aspects of things we may not want to think about.

Swear words are also useful and effective ways of conveying that you feel strongly about something or inciting strong feelings in someone else, even when used outside of their traditional definitions (Jay, 2009a; Pinker, 2007). Saying that something is “bloody amazing” does not mean that that thing was literally bloody, but adding the term “bloody” to the phrase gives it extra emotional emphasis.

However, swearing is not always about evoking negative emotions; swearing itself can also be a cultural phenomenon.
Denotations and connotations are associated with any word when you hear them, but swear words are more primal. Their connotations more profound on the reader, or listener. These make swear words powerful insults and forceful descriptors of the nastier aspects of things -- yes -- but also they are bridges to other aspects of meaning and description. For example:
The willingness to break a cultural taboo in front of others creates an atmosphere of informality and sense of community. A realism that pulls the reader into an emersion. If taboos are defined by the greater society, then an environment where subverting those taboos is acceptable creates a smaller, more intimate society inside of the greater society (Pinker, 2007).

Using this information it is easy to see how this is useful to demonstrate a MCs history. For example, your MC is a District Attorney. For the last three chapters he's dealt with criminals, but not once has he used profanity. He talks to the Mayor, to lawyers, to police officers. Perhaps these other characters have used profanity, or maybe not, but he has not. In chapter four he visits his parents house, and when he finds his cousin there, he says, "Holy shit motherfucker! When did you get back?"

We instantly feel that there is a strong bond between these two characters, and that they share a relationship that perhaps no one else in the family is a part of. It's personal, and intimate. It also demonstrates a level of trust between them. 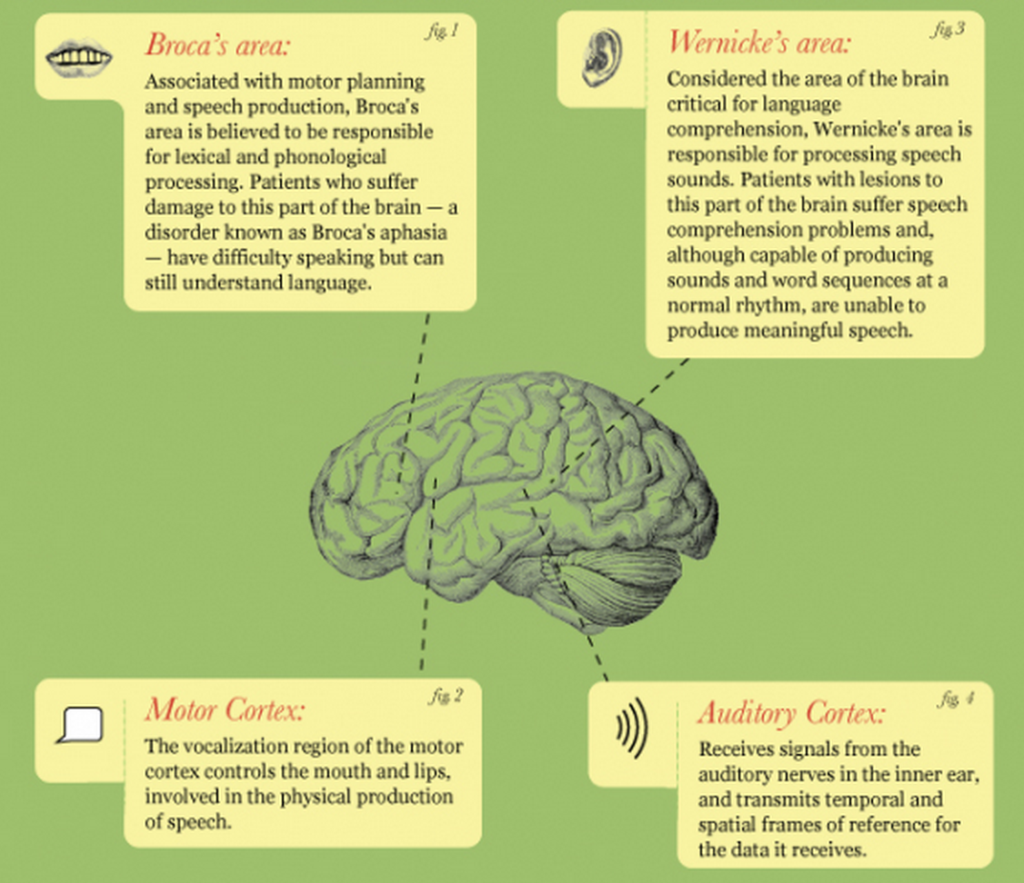 Another interesting use of taboo language is as a cathartic experience, a way of expressing and alleviating pain, frustration, stress, or regret (Jay et al. 2006). A classic example of this would be shouting “damn it” after hitting yourself with a hammer while trying to nail something down.

Swearing was also shown to increase the ability of subjects to tolerate pain (Stephens, 2011). 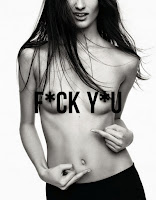 Using neuroimaging techniques such as PET (positron emission tomography) scans, they demonstrated that a small part of the brain called the amygdala is highly active when exposed to threatening, and vulgar words (Isenberg, 1999).

The amygdala is part of the limbic system, one of the primitive parts of the brain responsible for processing emotion and memory. In particular, amygdala activity is correlated with negative emotional associations; stimulating the amygdala can cause panic attacks and aggressive behaviors, while destroying the amygdala causes unusual placidness or fearlessness (Zald, 2003; Davis, 2001). Therefore, it makes sense that the amygdala would be activated in association with unpleasant words such as swear words. The amygdala also makes several connections to memory and association centers in the brain, which could also be responsible for the increased memory response when subjects are presented with swear words (Davis, 2001).

“Swearing can occur with any emotion and yield positive or negative outcomes. Our work so far suggests that most uses of swear words are not problematic.”

~ Timothy Jay and Kristin Janschewitz
The use of swearing in both aphasia and GTS gives us a real insight into how swearing works in the brain. Individuals with aphasia have damaged the normal parts of the brain which produce formal language, such as Broca’s area or Wernicke’s area, found in the left hemisphere of the brain. The fact that they continue to be able to swear suggests that swearing is localized outside of these damaged areas, and is handled differently than other parts of their vocabulary. Psychologist Chris Code, who studied individuals who had their left hemispheres removed, proposed that swear words and several other types of speech preserved in aphasic individuals fall into a category of “lexical automatisms” or automatic speech, which are localized to the right hemisphere instead of the left one (Code, 1996; Van Lancker 1999).

Swear words for fiction writers are tools. If you use them properly, the rise in emotional levels of the reader, plus the increased memory signature for the details described by the passage can enhance the story.