Are You Legit?
What makes you Qualified to Write? 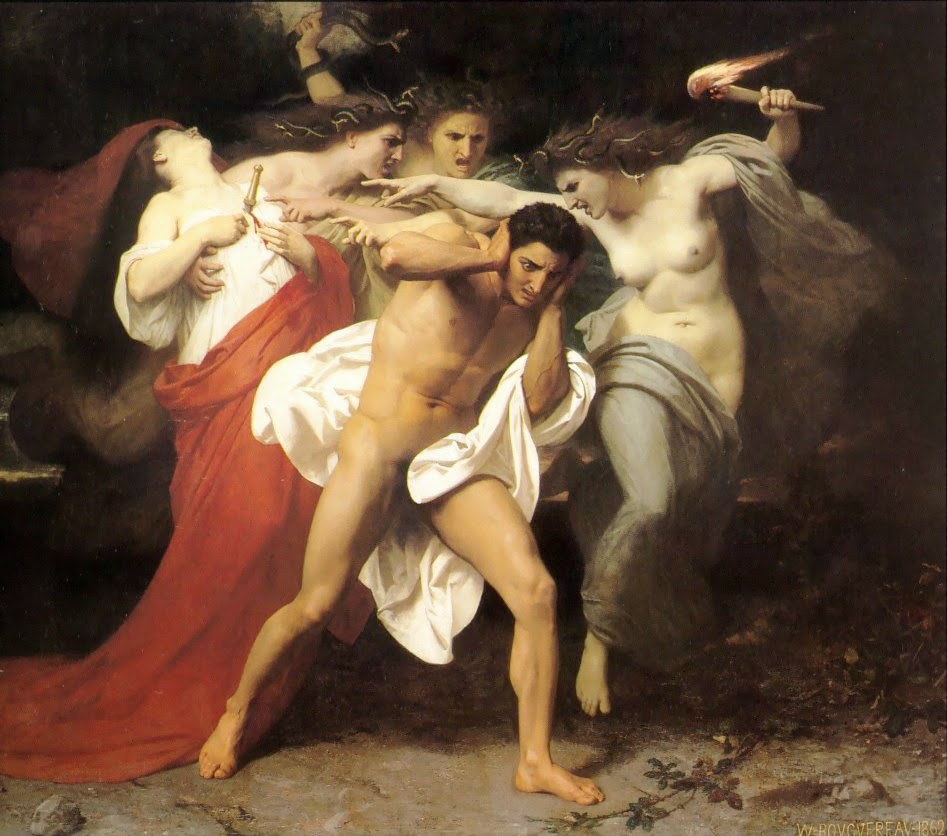 "What Qualifies you to be a writer?" is likely the most negative question I've experienced since I began writing at 17.

I use to answer, "I passed 9th Grade English" or "Because English is my First Language"  In my 30s I was a little meaner -- "What qualifies you to breathe?"

Doubts plague every writer, as fierce as the Furies, as terrible as the Harpies. This particular doubt should never bother you.

Nursery rhymes are secular mythology. Incantations we taught to smiling children and then sent them off laughing, to run through the cities, and dethrones kings with the songs of small voices.

The best propaganda omits rather than invents. ~Mason Cooley

First -- and the only point that matters is -- Legit is achieved as soon as you write . Which sounds useless on the surface -- but consider the idea of Inalienable Rights. You can't earn them, no one can give them to you, and you can't give them away or void them. They exist at the moment of your birth. If an ironclad agreement to sell them was composed, and you signed that document you would still have them.

Having a voice is one of the first inalienable rights as a human being. 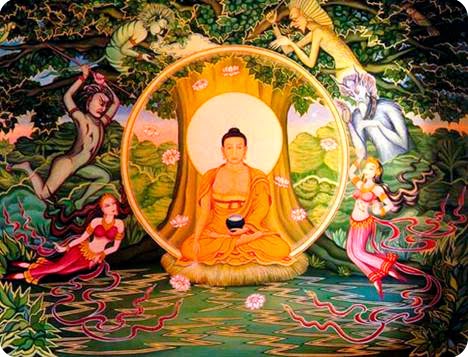 When Buddha sat beneath the Bodhi Tree, the final challenge he faced was his right to sit there.

Mara, the Evil One challenged Who are You to be in this most holy/important/blessed of places?

The Buddha's answer was powerful -- he simply put his hand on the ground beside him -- demonstrating through his action that he was worthy because he was there. He said nothing, because no words are required when asked that question.

There is no justification, no logic, no answer to that question other than "I exist"

To offer another answer-- any other answer --  merely confuses the issue  -- to demand more is to demand the irrelevant. Propaganda calls that Straw Man Tactics.

There is nothing more legit than your writing. No one else is qualified to do it.


Writers use words as tools, as keys, even as a mode of travel -- but it has come to my attention that many writers, even experienced novelists, don't really get the concept that 'words have power'. Take for example the word yawn. Yawn is short, and basic. Yawn is not a command, and thus benign. Yawn is even a common word. We hear the word yawn all the time. When someone yawns, it is contagious -- other people yawn. There is a strange viral connection between yawning people, yawning. I’m sure there have been studies on yawning, and why when I yawn, you will yawn too. In fact, you don’t even need to see me yawn do you? No. You don’t. You just have to read the word yawn, a few times, and your mind will react just like the word yawn was a real yawn, instead of just a word on the page.

Your physical -- real -- body was just affected by some words on a blog which compelled from you an action. You might have enve tried to fight against it. Maybe you won. However, the battle was real. Like they say: the only way to win a war is to not be in one.

Not enough novelists give this aspect of their art form the consideration it deserves. It should be passed on with greater frequency, but even we minimize phrases like “Words have power”, hearing it as a datum whose relavance belongs to another era, when in fact it is more apt now then it ever was – in any other age.
-- and we are the wizards. 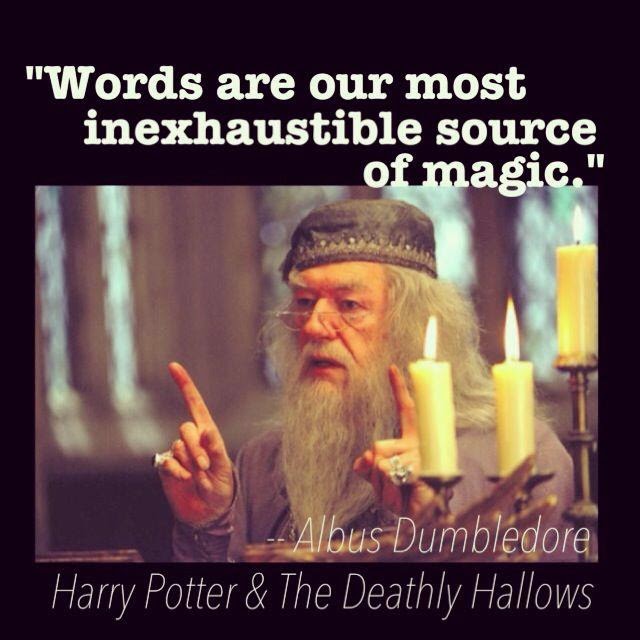 We have created Gods, frozen oceans, filled jungles far and wide with beasts of great wisdom and immorality. We have conjured suns, planets and washed the world clean with rain. On our off days we have created kings, crowned their heads, then removed their heads with guillotine, just as an exercise -- a proof of concept ("...told you I could do it with cake,. Next round is on  you"). And when the God we created became unworthy, we diminished the followers to madmen and extremists, and executed the God.

From the Scribes of China’s Holy Emperors, to the Priest who led  Hotu Matu‘a  to  Te Pito ‘o te Kāinga (Easter Island), we have been powers – powers of war, peace, change and now famed on Top Book lists in New York.

I feel there is doubt – not about your legitimacy (which is irrefutable), but rather about my accuracy regarding our claim of wizardry.  Perhaps even my legitimacy is in question after such claims.

At the time of this writing, there are twelve major propaganda actions on the Internet. There are many others, but I point out these twelve because they qualify as militarized campaigns. There were thirteen, but the Governor of Indiana has completed his with indisputable success. 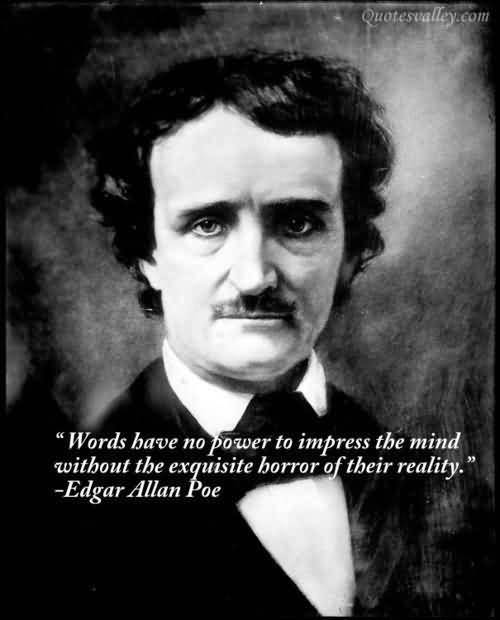 The campaign being projected by ISIL was misread for so long that this horde was able to achieve several goals, which remain unnamed by the News Media, the Governments, or anyone else (which doesn't mean they don't realize them, just that they don't want to advertise them). American children/minors, run from home to cross the ocean and fight with the ISIL. Hundreds of them. The Sex Trafficking in this country has practically doubled in a year. Both of those are factors are targeted and caused by ISIL’s campaign.


“Our deepest fear is not that we are inadequate. Our deepest fear is that we are powerful beyond measure. It is our light, not our darkness that most frightens us. We ask ourselves, 'Who am I to be brilliant, gorgeous, talented, fabulous?' Actually, who are you not to be? You are a child of God. Your playing small does not serve the world. There is nothing enlightened about shrinking so that other people won't feel insecure around you. We are all meant to shine, as children do. We were born to make manifest the glory of God that is within us. It's not just in some of us; it's in everyone. And as we let our own light shine, we unconsciously give other people permission to do the same. As we are liberated from our own fear, our presence automatically liberates others.”

― Marianne Williamson, A Return to Love