Excuse me...
but You Have
Snot In your Brain

January 19, 2015
Take a look at this...Low Interest Story on Traffic Lights As you can tell, I don't really care about the damn traffic lights or this county in Missouri. In fact, I was deep-searching the alec.org web site to see what they were cooking up for local legistrators this week, and had done another search prior, which brought this traffic light story up -- just a normal irrelevant search result (SERP). I was about to close it when this line caught my attention.

City leaders argue that the 69,469 residents who voted for the measure had no business limiting the right of local politicians to use automated ticketing machines.
The voters... The Voters had no right telling the politicians what they could and could not do.

The Voters... can you even get that clearly in your head? I mean where the f^%k do we live now? Are these politicians serious? They must be, because this is a LAWSUIT in which the Politicians are actually claiming that VOTERS don't have any business in GOVERNMENT and need to stay out of it.

And Thank the Powers that move the Universe in Circles there are at least a couple people in that area who understand the magnitude of what is going on there. Because no one else seems to get it. The Court, the fricken Supreme Court of Missouri is ready to Listen to this argument instead of telling these City Leaders how absolutely wrong they are in believing politicians run the show!


Rakers said in the release, “These are the actions that make people shake their heads and initiates and deepens distrust of government actions. It’s clear the State Constitution and the St. Charles County Charter give the people the right to define the powers they grant to their governments. As a resident of St. Peters, it’s clear to me the voters of St. Peters and countywide have said they do not grant government the power to use automated traffic enforcement devices. That should be the end of the story. Sadly, it’s not.”

Sadly doesn't cover this at all. Do you understand the precedent that is being set here if politicians are allowed to sue their constituents? Do you get the fundamental shift which is occurring and is apparently being ignored or overlooked by the News of that area, or anywhere else? As well as being Condoned by the court and allowed to be heard! Traffic lights be damned, this is how democracy ends. What is the quote I'm looking for? Oh yes...

People should not be afraid of their government, governments should be afraid of their people. -V
And it appears, people, that they need some fear. And we need to wake up, at least long enough, to slap them in the face with some serious reality. Because if these politicians actually feel this comfortable to go this far

it's the Cockroach Law, if you see one, then there are 100 around that you don't see
-- I guarantee you that the mentality they are demonstrating is prevalent across the other levels of government. These ditwits just aren't professional enough not to say it outloud.

So, I'm going to find out the email addresses of some key people down there, and some of the key people in my area. The ones down there I'll post here some time soon. The key people in your area: state, county, school board, and city people, you should gather up on your own. And we need to point this out and let them know, this is not ok, and if it is attempted, it will be put down. Hard.

I also suggest adding in a hint regarding RECALL.

I can't believe that I've actaully used a quote from that damn movie, in serious regard to our present day government. How sad is that? 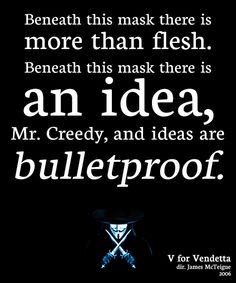