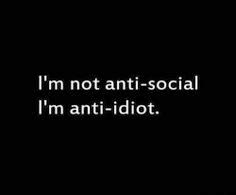 After reading what amounts to the silliest article I have ever come across which attempted to Pro the Koch involvement in Public Education, I have the following to say...


Koch is pushing libertarianism (which is one step away from anarchy, and yes, their idea that raising minimum wage will lead to Nazism is so far out there it could be considered a horror) Advancing Liberty is good? You must be stuck with the Patriotic sense of the word Liberty, rather than what it really means.

The Koch have a definite idea what Liberty means with clear goals on achieving it, such as, getting rid of public education, the Dept of Health, Welfare, Social Security, ripping apart business oversight, doing away with worker safety (OSHA), EPA, highway systems... it gets sillier from this point.

The point is, that their only involvement in the Schools is to bring them down, and diminish their ability to succeed. Cherry pick information all you want. That is their publicly stated goal -- the removal of the public education system.

Bill Gates has pledged to give half of his worth to education, and other charities. So far, he hasn't pushed his ideals into curriculum (no CCSS is not curriculum, go read it). He has the experts, and means to do so, but refrains.

Gates has written quite a bit about education and his opinions on the subject, and has attended many forums, studies and gatherings, but leaves schools -- such as the NYC system where he dumped over $50million -- to their own experts.

Gates does not choose teachers, books, methods, or pressure one subject above another like Koch always does when they get involved with any college, university, or public school (t in fact they demand their direct involvement as the price of their financial backing).

Gates has engaged the OpenSource community -- and that Koch lover, is the best move he could have made -- because public schools and full education is fairly safe now. Another two years, and OpenSource will be so ingrained in the public school systems, nine-year-old kids will be able to take apart articles like the one the Federalist published, and leave them as the piles of crap they are.

There is no comparison between the goals of those two. They are not even in the same universe.

This donation, however, came with an egregious demand: The Koch Foundation claimed the right to select a committee that would retain full control over hiring decisions and annual evaluations. The economics department caved without much of a fight, setting a disturbing and dangerous precedent of corporate encroachment into academic freedom.

Koch foundation proposal to college: Teach our curriculum, get millions
By Dave Levinthal September 12, 2014
The campus of Koch Brothers Academy spans a nation.