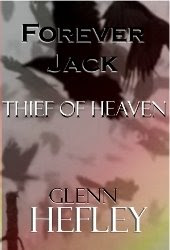 Saint Dismas is the Good Thief, the man crucified at the right hand of Christ.

There is quite a bit of controversy about this saint, certainly more than any other Catholic Saint, or the Eastern Orthodox Saint. For a great many of the years between the crucifixion, and today, Dismas' name has been added to and removed from the list of saints in Rome, depending on how the current Pope felt about the man.

Dismas was a thief. If we look into what we have available to us (which isn't much to be sure : Gospel of Nicodemus), we know he was a career thief, that he had a very long career as a thief. He wasn't a break-and-enter, burglary thief, he was a highway-man, a robber -- which means he probably took lives. According to St. John Chrysostom, Dismas dwelt in the desert and robbed or murdered anyone unlucky enough to cross his path. According to Pope Saint Gregory the Great he "was guilty of blood, even his brother's blood (fratricide)".

The name Dismas, means both sunset and death. It is very possible this was not his original name, but the source of this given name is credible enough in this particular area (meaning that he had both the means, and the ability to discover the Good Thief's name if he choose to, which he seems to have had the desire).

For me, such a controversial person, who is the first Saint, had to be explored, and that was my first intention with the novel Forever Jack.