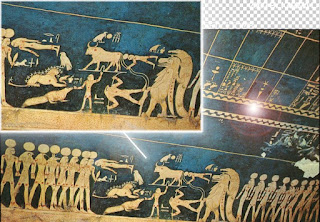 To solve this, I used a program called Celestia. Using this program I was able to put in a date, all the way back to the first century, and set the location of observation, and actually watch the constellations move. Being able to do this, was very cool, and I believe added a layer of depth to the story for the reader, as well as a level of enjoyment for myself.