Erotica of the Mind and Soul 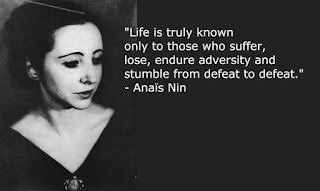 My favorite erotica author has always been Anais Nin. My love affair with her storytelling has never faltered and never strayed. She wrote true erotica, and did it several times without a sex scene.

“Love never dies a natural death. It dies because we don't know how to replenish its source. It dies of blindness and errors and betrayals. It dies of illness and wounds; it dies of weariness, of witherings -- of tarnishings.”
― Anaïs Nin

“I, with a deeper instinct, choose a man who compels my strength, who makes enormous demands on me, who does not doubt my courage or my toughness, who does not believe me naïve or innocent, who has the courage to treat me like a woman.”
― Anaïs Nin

“The role of a writer is not to say what we can all say, but what we are unable to say.”
― Anaïs Nin

“You live like this, sheltered, in a delicate world, and you believe you are living. Then you read a book… or you take a trip… and you discover that you are not living, that you are hibernating. The symptoms of hibernating are easily detectable: first, restlessness. The second symptom (when hibernating becomes dangerous and might degenerate into death): absence of pleasure. That is all.

It appears like an innocuous illness. Monotony, boredom, death. Millions live like this (or die like this) without knowing it. They work in offices. They drive a car. They picnic with their families. They raise children. And then some shock treatment takes place, a person, a book, a song, and it awakens them and saves them from death. 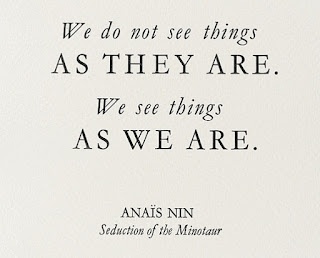 Anaïs made love with her words and created orgasms with her thoughts.

We're not talking about romance or love or any of that other cyanide tainted emotional tripe that only succeeds in hanging on its victim new and creative shrouds -- shrouds for living in soul-rending pain without dying, and calling it rebirth.

Love is displacement of life and moments. People ask in gaping bewilderment, "am I in love? is this love? Is it real love?" Daily you find them in subway stations and murmuring down the aisles of Congress.

No one has to ask, "Have I been fucked?"

Erotica is the fire of the gods, the spear of Athena, and the voice of Poseidon. 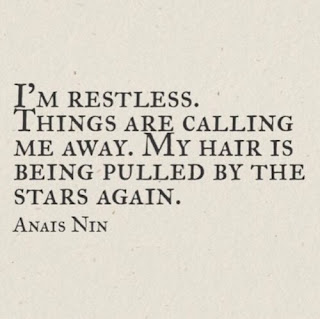