Is Color that Important? 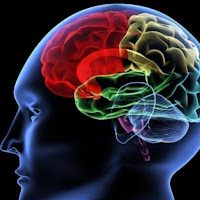 Perception of color stimuli is found to trigger corresponding emotional and behavioral responses within human beings including certain psychological, physical, biological and metabolic reactions (Hettiarachchi & De Silva, 2012). Based on some studies such as Kaya and Epps (2004), color can produce emotional arousing effect but the range of arousal varies depending on the emotional element that is being attached with specific type of color (cited in Mustafar & Dzulkifli, 2011).

It has been reported in numerous studies that attention can increase memory performance level in terms of the recall rates (Pan, 2010; Smilek, Dixon, & Merikle, 2001) and also faster reaction time (Pan, 2009; as cited in Mustafar & Dzulkifli, 2011). Viewing an arousing stimulus for a very brief time evokes an automatic assessment of it (Bargh, Chaiken, Govender, & Pratto, 1992).


How important is color to your blog or Book cover? How much does it really affect our minds? Read these words outloud as fast as you can and find out for yourself. 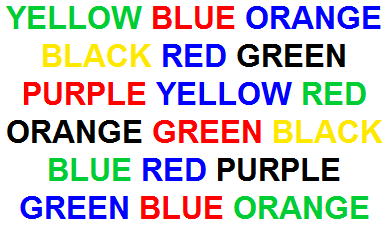 Arousal can facilitate slower forgetting, even when overt attention is not focused on the arousing stimulus (Sharot & Phelps, 2004). As cited in Sharot and Phelps (2004), it has been also suggested that arousing stimuli can be processed even when the stimuli appear outside the focus of attention and without conscious awareness (Christianson, 1992; Öhman, Estevens, & Soares, 1995). So, heightened physiological measures, which reflect an individual’s emotional response, arise even when the stimulus is not consciously recognized.

Based on a study of arousal and cognition, Farley and Grant (1976) suggested that colors have great impact on attention (cited in Mustafar & Dzulkifli, 2011). Mustafar and Dzulkifli (2011) reported “Colours can attract attention and produce emotional arousal. Consequently, they both can increase the likelihood of the information to be stored longer in memory system” (p. 107). Based on several studies such as Farley & Grant (1976), Green et al. (1983), and Kaya and Epps (2004), colors, attention, and arousal can directly influence memory performance (cited in Mustafar & Dzulkifli, 2011). 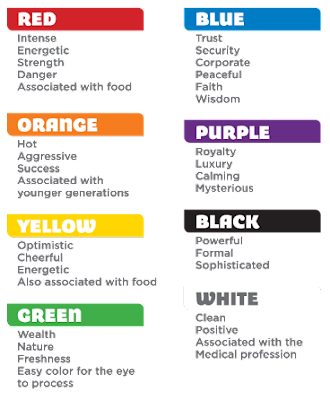 There are so many elements influencing the educational status such as teaching methods, teacher’s characteristics, teaching facilities, educational environment, teaching materials, and so on. There is one factor among the many which in modern education plays a significant role and that is color; colors in learning environment, colors which teachers use to facilitate learning, and colors in teaching and learning materials ( Gheyasi, 2012). According to Cohen (1998) learning strategies are “learning processes which are consciously selected by the learners” (p.4). Besides, Horwitz (1998) found that learners consider vocabulary acquisition as the most crucial part of language learning (cited in Dóczi, 2011). So, in the process of learning a foreign/ second language, learners consciously attach to some techniques and strategies to deal with continuous lexical predicaments existing in any language (Khatib, Hassanzadeh, & Rezaei, 2011).

Strategies concerning vocabulary retention and learning are mostly conscious and explicit ways of learning, while there might be some techniques which affect learning and especially vocabulary learning in an unconscious, implicit manner. A great deal of importance has been attached to the impact of colors on memory in recent years and several studies investigated this association (Huchendorf, 2007; Mustafar & Dzulkifli, 2011; Nemes, Parry, Whitaker & McKeefry, 2012; Pan, 2010; Smilek et al., 2001; Spence, Wong, Rusan & Rastegar, 2006). Gaines and Curry (2011), and Gheyasi (2012) are also among those who studied the effect of colors on learning.

Emotional response to color has been widely investigated in multiple disciplines regarding the physiological, behavioral, and psychological response systems (Suk, 2006).