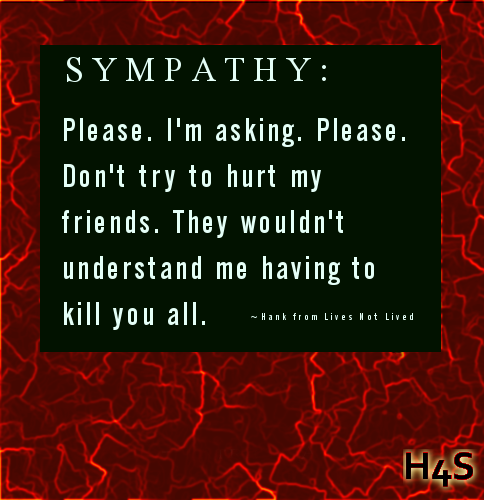 
DESCRIPTION
Sympathy (from the Greek words syn "together" and pathos "feeling" which means "fellow-feeling") is the perception, understanding, and reaction to the distress or need of another human being.

This emphatic-type concern is driven by a switch in viewpoint, from a personal perspective to the perspective of another group or individual who is in need. Empathy and sympathy are often used interchangeably, but are two distinct emotions with several important differences. 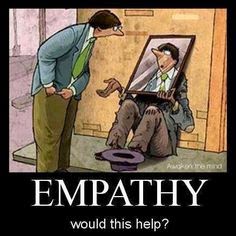 Empathy refers to the understanding and sharing of a specific emotional state with another person. Empathy can also be completely cerebral without emotional connection. Understanding, and awareness does not automatically require emotional bonding. Generally however this is called an Emphatic understanding and Empathy is used to denote the emotion. Merriam Webster defines empathy as "the feeling that you understand and share another person's experiences and emotions : the ability to share someone else's feelings."

Sympathy is a feeling, an emotion, and therefore has a motivation toward action. Sympathy does not require the sharing of the same emotional state. Instead, sympathy is a concern for the well-being of another. The definition of sympathy is "the feeling that you care about and are sorry about someone else's trouble, grief, misfortune, etc. : a feeling of support for something : a state in which different people share the same interests, opinions, goals, etc 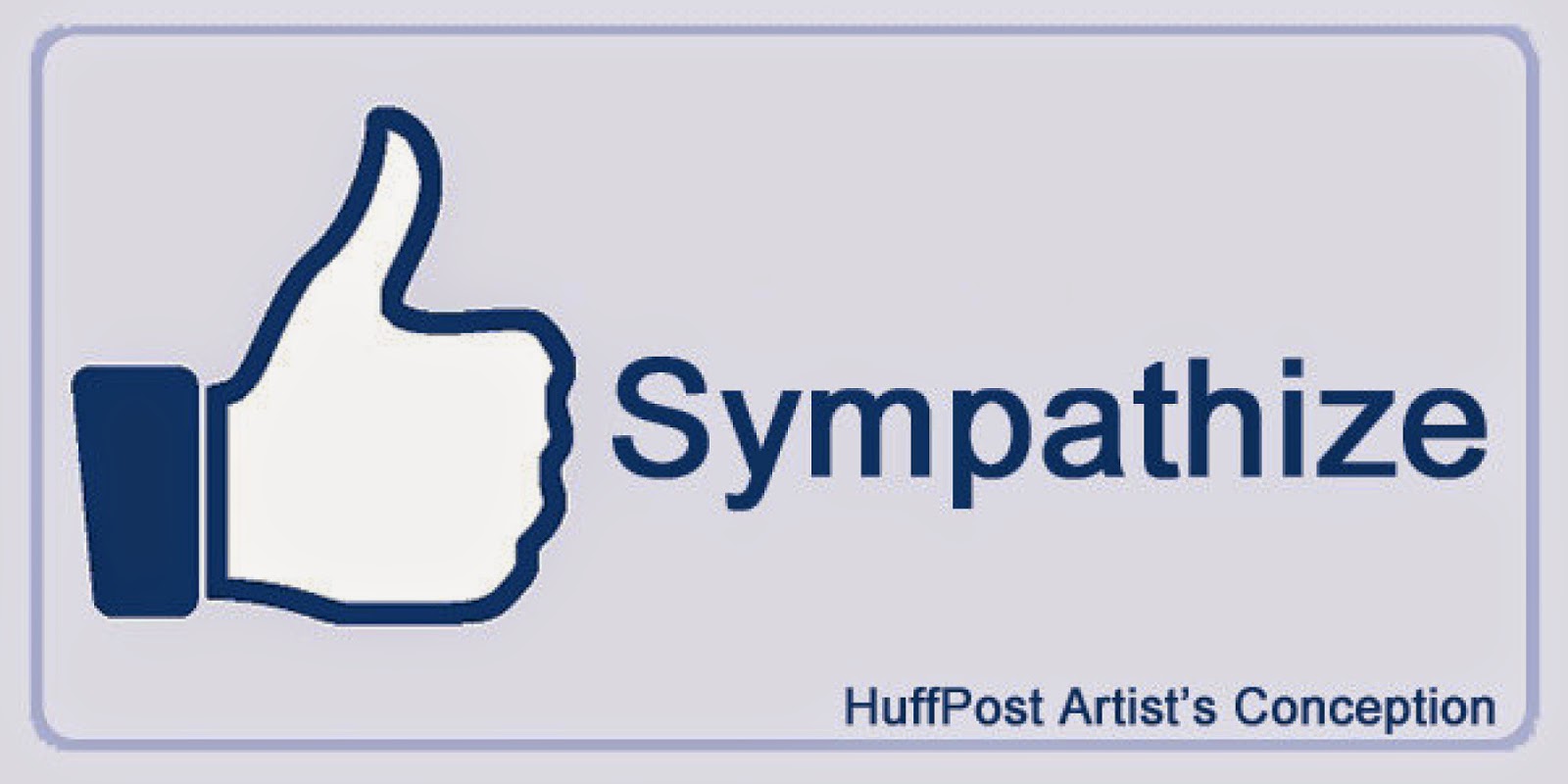 Sympathy is defined as an affective response that frequently stems from empathy (but can derive directly from perspective or other cognitive processing), and consists of feelings of sorrow
or concern for the distressed or needy other (rather than the same emotion as the other person). Sympathetic concern or compassion, more than empathy, would be expected to motivate altruistic behavior because empathy may dissipate before an individual experiences sympathy or may be experienced as aversive and lead to a self-focus (Eisenberg & Fabes, 1998). Unfortunately, in much of the research, it is difficult to differentiate empathy from sympathy(Eisenberg, 2003)

Characters often experience Sympathy for those who are facing problems that the character has experienced her self in the past or perhaps a loved one experience same/similar situation. The outcome of that trial, would certainly be a factor in the level of this emotion.

Sympathy can be derived from Guilt, Moral Obligation, Gratitude(i.e. paying it forward), positions of Responsibility, Ideals of Fairness, and combinations of all of these. As a complex emotion it's cause can be unique to the Character. It could be that the Character herself is uncertain why she feels the need to help the Other. 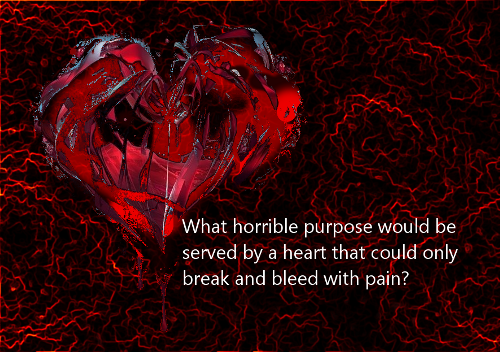 sympathy - 1570s, "affinity between certain things," from Middle French sympathie (16c.) and directly from Late Latin sympathia "community of feeling, sympathy," from Greek sympatheia "fellow-feeling, community of feeling," from sympathes "having a fellow feeling, affected by like feelings," from assimilated form of syn- "together" (see syn-) + pathos "feeling" (see pathos).

In English, almost a magical notion at first; used in reference to medicines that heal wounds when applied to a cloth stained with blood from the wound. Meaning "conformity of feelings" is from 1590s; sense of "fellow feeling, compassion" is first attested c. 1600. An Old English loan-translation of sympathy was efensargung.

sympathetic (adj.)
1640s, "pertaining to sympathy," from Modern Latin sympatheticus, from late Greek sympathetikos "having sympathy," from sympathein, from sympathes "having a fellow feeling, affected by like feelings" (see sympathy). In English, the meaning "having fellow feeling, susceptible to altruistic feelings" is recorded from 1718.  -- In the anatomical sense, "subject to a common nervous influence," the word is attested from 1769, from Modern Latin (nervus) sympathicus, coined by Jacques-Benigne Winslow (1669-1760), Danish anatomist living in Paris. Related: Sympathetical (1630s); Sympathetically (1620s).

VALUE AS A MOTIVATOR

Sympathy is more acute in close proximity, where the Other can be seen and assessed. It will also be strongly affected by level of commitment toward the Other, which can get complex as well. For example if the Character is motivated toward solving hunger problems in the area, and the Other is affected by hunger, a stronger motivation to help can occur. The same character with the same strong drive toward hunger, may not be as effected by someone who has no problem with food, but is, for example, having domestic violence issues at home. Since sympathy is not reliant on Empathy, even if the Character has suffered in the past with domestic violence issues -- it may not strengthen the need to help or the motivation to solve/assist the issue.

Sympathy is classified as a Moral Motivator.
'

CUES OF ACUTE OR LONG-TERM EFFECTS OF INFLUENCE:

It is said that Siddhārtha Gautama's ( Buddha), capacity for Sympathy was so strong that a single glimpse of suffering was enough to change his life -- drastically altering his values, his view of the world, and his belief in his father's power and knowledge. 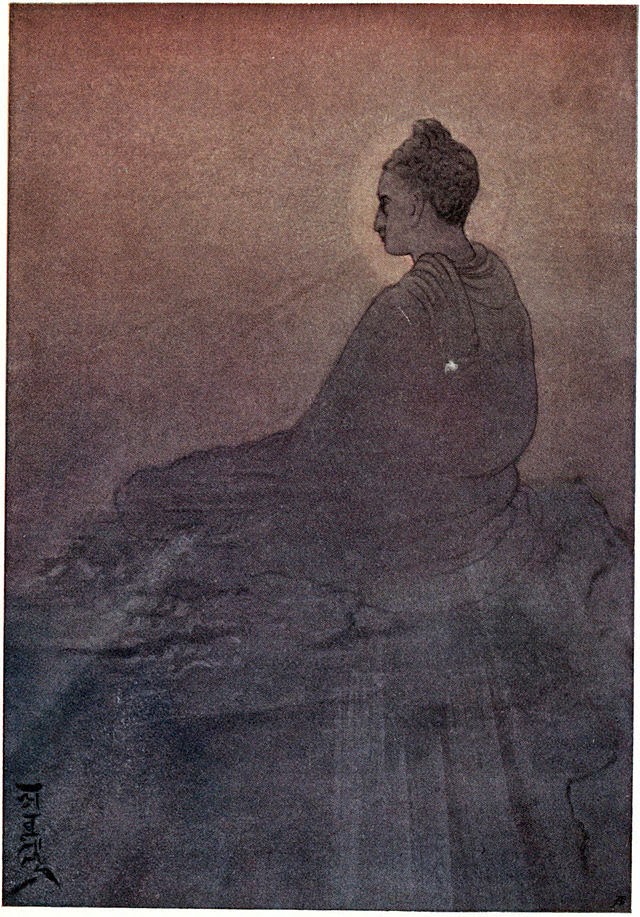 Various sources hold that the Buddha's mother died at his birth, a few days or seven days later. The infant was given the name Siddhartha, meaning "he who achieves his aim". During the birth celebrations, the hermit seer Asita journeyed from his mountain and announced that the child would either become a great king or a great holy man.

Wishing for his son to be a Great King, his father, King Śuddhodana, shielded him from religious teachings and from knowledge of human suffering. His father went to great lengths to see that his son never saw anyone sick or injured or even poor.

When he reached the age of 16, his father reputedly arranged his marriage to a cousin of the same age named Yaśodharā. According to the tradition, she gave birth to a son, named Rāhula. Siddhartha is said to have spent 29 years as a prince in Kapilavastu.

At the age of 29, Siddhartha left his palace to meet his subjects. Despite his father's efforts to hide from him the sick, aged and suffering, Siddhartha was said to have seen an old man. When his charioteer Channa explained to him that all people grew old, the prince went on further trips beyond the palace. On these he encountered a diseased man, a decaying corpse, and an ascetic. Deeply affected by these encounters he left the palace and sought the life of an ascetic.

The story of Buddha shows that understanding or empathy is not required to feel sympathetic, and in feeling sympathetic, being motivated into action (driven). That the motivation can be strong enough to supplant current beliefs, and urge action even at the risk of injury and death -- running off to live in the jungle for a prince who was never shown suffering was not a safe action to take).


RESOURCES FOR MORE INFORMATION AND DESCRIPTION

Chang, Chun-Tuan, Yu-Kang Lee, and Ting-Ting Chen. “Product or Cause? The Impacts of Product Type and Cause Framing in Cause-Related Marketing Advertising.” BUILDING CONNECTIONS 39 (2011): 465.

Freed, Alice. “We Understand Perfectly: A Critique of Tannen’s View of Cross-Sex Communication.” In Locating Power: Proceedings of the Second Berkeley Women and Language Conference, 1:144–52, 1992.

Leila, Chebli, and Gharbi Abderrazak. “The Impact of the Effectiveness of a Buzz Marketing Campaign on the Image, Awareness and Purchasing Decision: The Moderating Role of Involvement.” Journal of Marketing Research & Case Studies 2013 (2013): g1–8.

Mihali, Teodor. “THE IMPACT OF THE MARKETING MIX AND SUSTAINABILITY ON SHAPING CONSUMER REFERENCES TOWARDS NON-FOOD STORES.” TRANSFORMATIONS IN BUSINESS & ECONOMICS 13, no. 3 (2014): 33.

Oyamada, Shin. “Sympathy as an Impetus in the Formation of Mutual-Aid Communities after Disasters.” THE GREAT EAST JAPAN EARTHQUAKE 11 MARCH 2011, n.d., 52. Accessed April 20, 2015.

Way, A. Danielle, and Joan Marques. “Management of Gender Roles: Marketing the Androgynous Leadership Style in the Classroom and the General Workplace.” Organization Development Journal 31, no. 2 (2013): 82–94.

Wieseltier, Leon. “Sympathy for the Other.” New York Times Review of Books, 2007.