Moments to Cherish
Where is The Line?

February 03, 2015
It was Oct 30th, 1938, and young Orson Wells came through the doors of his studio with a grin on his face. It wasn't exactly a grin born of humor, or good will. It wasn't the kind of grin you would reciprocate. In fact, anyone could tell just by looking at him he was up to no good. Unfortunately, this was radio, and none of his listeners would be able to see that grin.

The Mercury Theater on The Air began right on time. Yes it did. A time when families would gather around the radio in the evening to enjoy their favorite shows. And they were gathering, They were getting popcorn and drinks. They were getting pillows and hushing each other because the show was starting. And even though they were all aware that the show was beginning, many people (a few hundred thousand), didn't hear, the little tag line at the end of the announcer's introduction. "H.G. Wells, the War Of The Worlds" 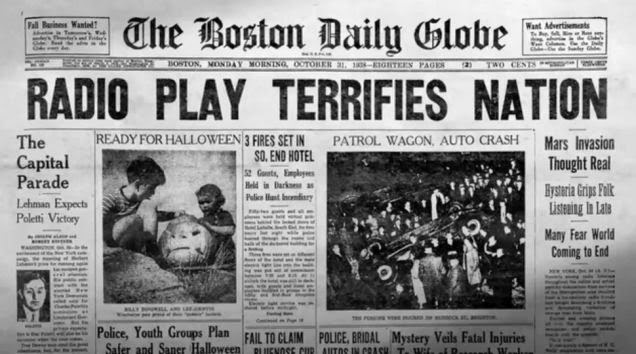 Apart from his admittedly imperfect methods of estimating the audience and assessing the authenticity of their response, Pooley and Socolow found, Cantril made another error in typing audience reaction. Respondents had indicated a variety of reactions to the program, among them "excited", "disturbed," and "frightened". Yet he included all of them with "panicked," failing to account for the possibility that despite their reaction they were still aware the broadcast was staged. "Those who did hear it, looked at it as a prank and accepted the performance in that manner," recalled researcher Frank Stanton.
… In order to take advantage of the accepted convention, we had to slide swiftly and imperceptibly out of the 'real' time of a news report into the 'dramatic' time of a fictional broadcast. Once that was achieved — without losing the audience's attention or arousing their skepticism — once they were sufficiently absorbed and bewitched not to notice the transitions any more, there was no extreme of fantasy through which they would not follow us.

Bartholomew grants that hundreds of thousands were frightened but calls evidence of people taking action based on their fear "scant" and "anecdotal". Indeed, contemporary news articles indicate that police were swamped with hundreds of calls in numerous locations, but stories of people doing anything more than calling authorities mostly involve only small groups. Such stories were often reported by people who were panicking themselves.

Later investigations found much of the alleged panicked responses to have been exaggerated or mistaken. Cantril's researchers found that, contrary to what had been claimed, there were no admissions for shock at a Newark hospital during the broadcast; hospitals in New York City similarly reported no spike in admissions that night. A few suicide attempts seem to have been prevented when friends or family intervened, but there was no record of a successful one. A Washington Post claim that a man died of a heart attack brought on by listening to the program could not be verified. One woman filed a lawsuit against CBS, but it was soon dismissed. 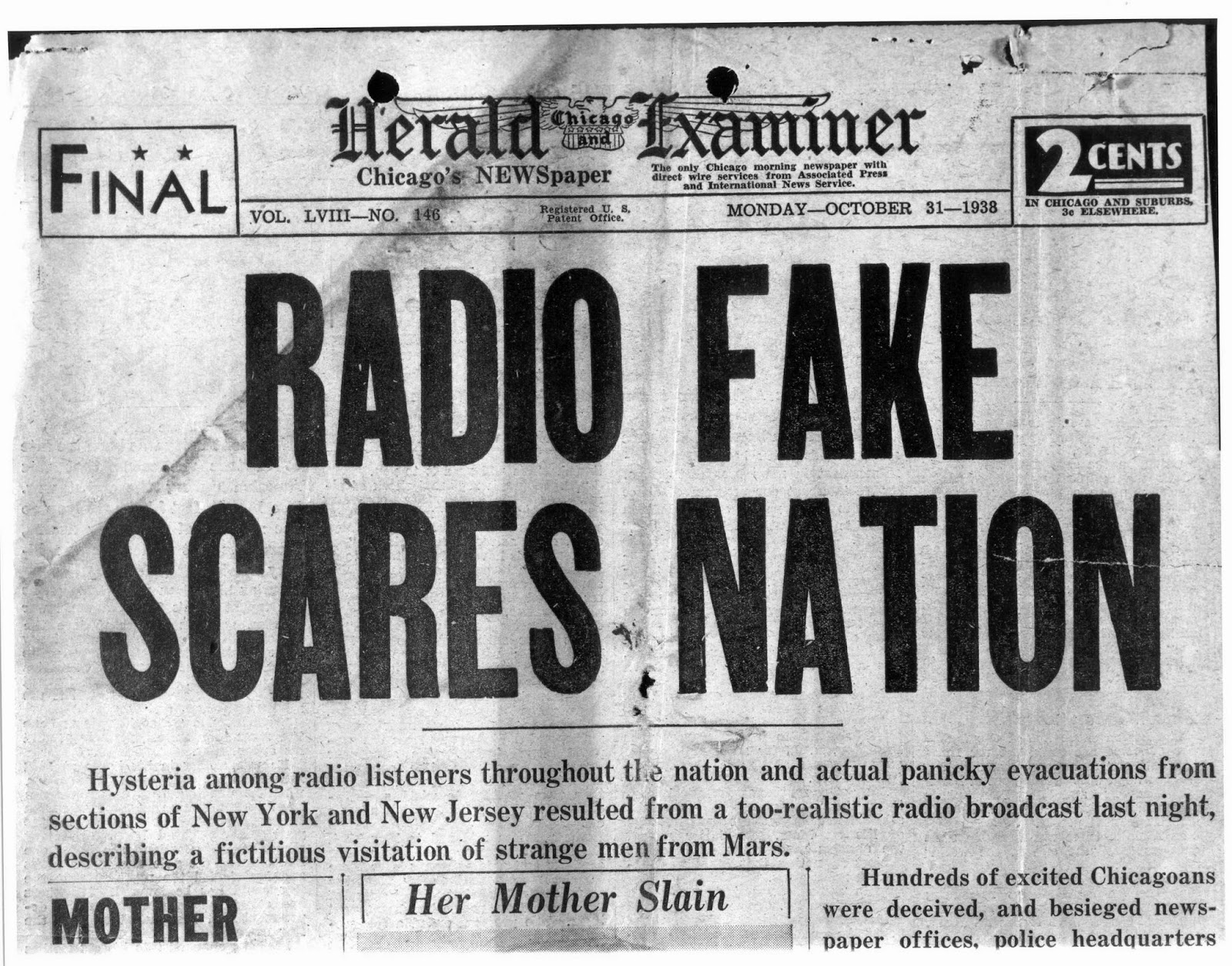