Discovering Mood and Feel through Grammar 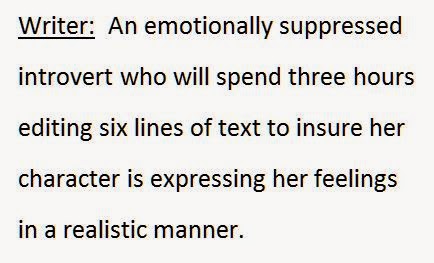 Words fascinate me. They always have. If I never sold a article, or novel, I would still be a writer. What amazes me more, is the words we have to describe modes of speech/text.  Like when the restaurant host has reached the point that -- he doesn't care that this is your first date with the love of your life anymore, and comes to your table an hour and a half after he locked the door, to say "You need to leave in ten minutes, we have to close." That has a name. It's called a "boulomaic modality."


boulomaic modality
Definition - A type of modality that expresses what is possible or necessary given someone's desires.

And my recent interest:
Hendiadys: express a single idea by two nouns instead of a noun and its qualifier. The effect of this method is an amplification that adds force.

"He came despite the rainy weather"

The first has a stronger sound. You don't want to use Adjectives anyway. Adjectives, especially the -ly words drag the story down. The sounds actually build up inside the mind like backwash, bogging everything to a dead crawl after a while. Though, to be honest that example has the draw back of sounding a little clunky, so the right words need to be found, and I advise reading your phrase out loud a few times so you can hear the tonality.

"The distinction and presence of the dignitary moved his audience." 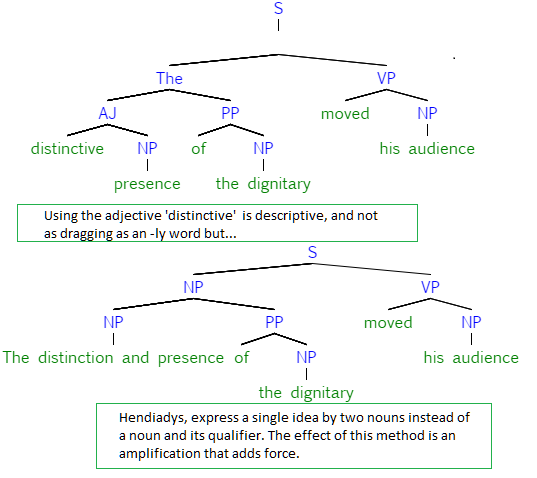 By separating the term “distinctive presence” into “distinction and presence” we accentuate the adjective by transforming it into a noun, and giving the 'dignitary' a feeling of greater stature by the amplified feel of the hendiady -- kind of cool huh?

I began my career as a Copywriter under the rules:
But like the propaganda I've been discussing, Copy too has become stronger, more challenging and sexier than it was when I started 35 years ago. Details are the dwellings of devils, but we have to go in there none the less.

There are skills you simply have to acquire in today's massive text and content world of Internet and Social Media. Framing is one of them. We never thought about framing thirty-five years ago, but you have to catch your reader, and keep her attention. She's not easy to keep either. She's trained herself to scan thousands of words an evening. For a hesitant breath she will hover over your copy if it looks like you are interesting -- and within that hesitation you either catch her completely, or become invisible.


"Be bloody, bold, and resolute" (Macbeth)