Perspective is So Important - Rape

January 03, 2015
Last year the Dept of Justice, using data that was gathered by the FBI and from data gathered by direct polling, came up with a report comparing the enrolled college student with non-students, regarding rape. The the result was a graph in the report which seems to show that students currently going to college on University campus were safer from the threat of rape than those who were non-students of the same age group. Here is the the graph. 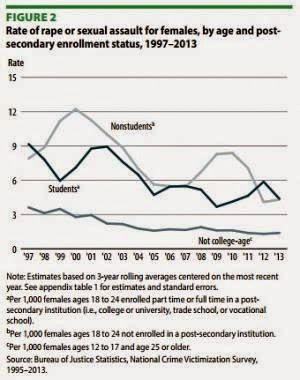 You will notice that college students are less likely to be raped -- according to this chart -- over the last few years, except for 2012-2013, which were the years we have been talking about in the media and public forum.

In the same report, there is another chart which shows more information on the proclivity and variations of events around the subject of attacks and rape. Here is that chart. According to this chart, college students, compared to non-students are more likely to be threatened with rape, sexually assaulted, and to be attacked -- though more likely to get away -- And this is Safer? 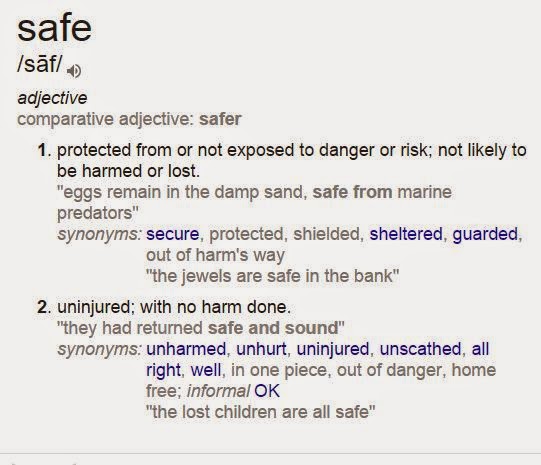 This report leads me to conclude that the Dept of Justice operates under a new and more open minded definition of the word Safe, which I was not previously aware.
It is also suggested that this report debunks the 1-5 rape frequency. This 1-5 frequency is misquoted as a 1-5 college students will be raped -- I'm not sure who started the misquoting, but the original quote comes from the CDC. The Dept of Justice report does not debunk the original quote at all, though it does show that if we continue to keep a strong eye on the situation and continue to press forward with education, and continue to focus on the rapist rather than the victim, things will get much better.

"Nothing in the world is more dangerous than sincere ignorance and conscientious stupidity."
— Martin Luther King Jr.