Teachers and Parents need to Stop listening to Secondary Sources

A parent just asked me if I had answers for the problems with Common Core. Apparently the teachers in her district are looking for ways out of using CCSS. The problem is, the answers are in the Core. 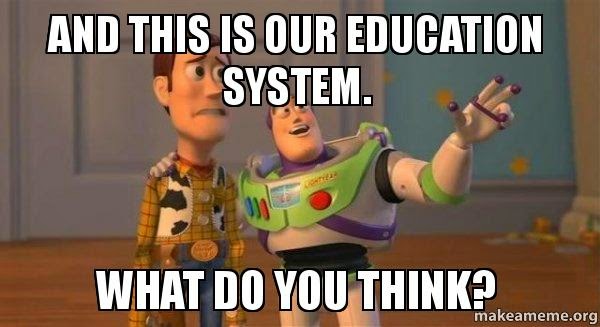 See, as soon as they succeed in removing CCSS from their school system, then life becomes seriously difficult, because as soon as Common Core is gone, then they are back to 10 years ago under ESEA and the No Child Left Behind hell of 2002. Since every school failed that impossible thing, and the 12 years are up, this means that the schools will be closed, until a new plan can be presented to the Dept of ED, and approved. Most of the teachers will be fired and likely the principal as well. Probably what will happen is the school will be sold to a charter corporation and then re-opned. ESEA and NCLB are laws, not suggestions. Moving into the Race to the TOP program using as a standard CCSS, allowed Obama to give your school an out, and get you from under that mess of a law, since Congress won't fix it.

Obama came up with the "patch" solution of Race to the Top, but to satisfy the requirements of ESEA and NCLB each state is required to have in place a set of standards which demonstrate an ability to "ready students for College ..."  The Gov.'s of each state, seeing that ESEA was going to cut their throats (the changes made by NCLB are simply impossible to achieve. They sounded good when they were adopted, even reasonable, but they didn't take into account the many realities of  education. Too many realities were ignored. In fact, so many that I do not believe a single public school district made the minimum goal once in the 12 year period given to them.) The Gov's came up with CCSS back in 2007, starting development in 2008. At 2010 they had it ready when Obama came up with his waivers and Race to the Top.

It is important to remember here that ESEA and NCLB are not policies or suggestions, they are laws. It falls to the Executive branch to enforce those two laws. Obama has no choice in this. But he also understood that it was impossible to achieve the dictates.

NCLB -- since the schools were all at "Failure" for more than four years -- dictates that 1) all the teachers, plus the principal should now be fired and replaced with teachers capable of making the goals. (which is impossible for two reasons, 1) all of the teachers are fired, there are not enough to hire available and 2) all the goals are impossible to meet no matter who is teaching the kids) Next the State should take over the school directly OR the school should be sold to a private corporation -- wish I was making this up, but you can verify this here on my blog where I pulled out these amazingly daft dictates.

You'll notice this part --   Institute and fully implement a new curriculum, including providing appropriate professional development for all relevant staff, that is based on scientifically based research and offers substantial promise of improving educational achievement for low-achieving students and enabling the school to make adequate yearly progress.

That there is where Race to the Top comes in, and the need for a fully developed, heavily researched set of standards is needed to satisfy the law. The states had this, developed by the National Governors Association (NGA) The Dept of Education read over the CCSS, and gave their nod to Obama as being acceptable. 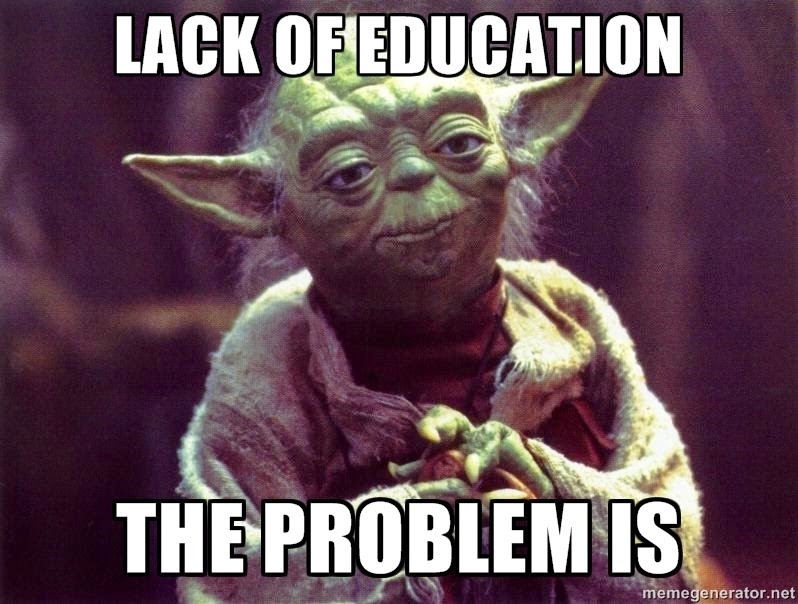 That is and was Obama's only interaction with CCSS -- Simply to accept the DOE's assessment. I'll point out here too that it is against federal law for any Federal Office, including Obama as President, to involve itself with the schools directly at the local level... which is why he could not develop CCSS himself or have it created or suggest that it be created or anything else. The states had to do this themselves.

So much for Federal plans of Indoctrination. All of this stuff about CCSS is BS. It is a very simple, unoffending, non-dictating set of standards.

The language is "concise" so it sounds a little stiff, but reading it through, you'll come to understand that these are fairly basic goals and not far-fetched at all.

Notice though that CCSS is NOT telling the teacher HOW this is to be done. The belief behind CCSS is that the Teachers know their students. The Teachers will be able to decide far more accurately how to communicate the lesson. The Teacher can achieve this standard by instruction, but a game or she can sing a little song. CCSS doesn't care.

CCSS is the best thing to hit the Public School system EVER. The standards are clear, concise and achievable. Having most of the states on board has opened up a level of community which is phenomenal.

Take a look at OER and Kahn for example.

Those are just two places where lessons, curriculums, modules and resources are available for zero cost and created by some of the best minds in Education across the nation.

And ... they want to give this up? Every teacher has complete control over her methods of teaching, along with a nation wide community of other teachers that she can talk with, exchange notes with, and learn new methods from ... an ability she has never had before .. and this is not acceptable to her?

Bottom line is, the answer they are looking for, they  have been convinced through mis-information and blatant lies, to war against. The teachers and parents need to stop listening to secondary level sources and read the CCSS itself.  And they need to do it soon.

Recently, the Gov. of Louisiana decided to sue Obama for "forcing the state to accept his Federal Indoctrination"

The state assessor after the lawsuit was filed, came back with this report.
http://thehayride.com/2014/09/common-core-not-what-jindal-says-it-is-auditor-reports/

So.. good luck. And for God's Sake quit reading anything Jane Robbins has to say on Common Core.. she's paid by the Koch brothers to lie.-- that's her job.