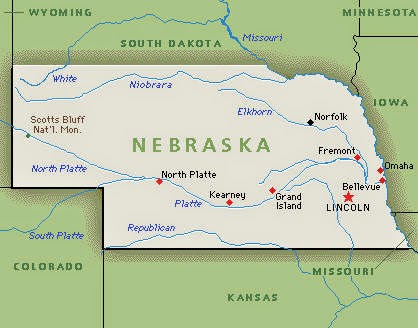 Yesterday the President and Vice President of the Nebraska Department of Education announced that the Policy Committee had suggested Boycotting the AP program from the College Board, based on doubts about the AP US History curriculum.

Last night I read this, did some research, and composed a letter to them regarding the mistake this would be. You can read that letter here: Letter to Nebraska Department of Education

Today, a meeting was called of the NDE and after some discussion a vote of 7-0 sent the matter back to the Policy Committee for further research.

You can read the story here:Nebraska Board of Ed to further study AP U.S. history framework  It doesn't mention me or the email, which is fine, in fact great. It doesn't matter why they chose not to go that route, only that they did. The AP program is much too important to students to be lost like this.

I will say that Rachel Wise, President - District 3,  is a really cool customer. Nebraska is lucky to have her in that position. In one of the articles I read, which gave quite a bit of Hype and Rage toward dropping the AP program, Wise wasn't losing her cool...

The Republican wants a complete rewrite of the course, which is taken by nearly 450,000 U.S. students each year.

Board President Rachel Wise of Oakland declined to say whether she would support the resolution.

Wise said weighing in would be “a little premature” because the resolution could be amended before reaching the full board.

Like I said, cool customer. I believe that if Larry Krieger's smoke and mirrors got past her, it wouldn't have taken long for her to catch back up.

Anyway, that made my day and I'm seriously happy that Nebraska has backed down and no one is going to pay for this fraud that Larry Krieger has been perpetuating... now... about Larry & friends...