And Long Remains the Blame

"The country is as polarized as it was two months ago, and the trajectory of the contest is essentially unchanged, with Biden holding a comfortable lead in national polling and having multiple paths to 270 electoral votes.
"While daily developments give the cable television networks something to chatter about, today's big story will be replaced by a new one tomorrow, and another one the day after that. But the fundamentals of the race remain unchanged." 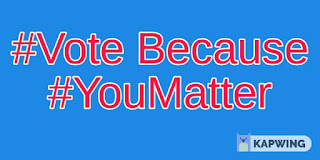 The quote above came from this article on CNN's website, which is discussing the election polls -- just like everyone else is.
Our country is polarized because our politics are polarized, which is not the way it should be. We have fallen into the habit of looking to our government for how we feel about our government -- and neither side has changed their message. We have gone through-- continue to go through-- both a pandemic and a world-class civil rights protest event and not one syllable of the message from either side has changed. The talking points are ruts in our road neither side can escape. The only nuance is that the volume got louder.
Stu's quote covers the politics of our time. Which means we can no longer afford to look to the government for anything about the government. Yes the Story will change and the Band's Song will be rearranged, time/history won't repeat but you can be sure it's going to rhyme.
Clearly, right now, the populous has grown tired of the Trumpeting. But what good is it going to do if we wind up with the same situation as we did with Obama? For a short time we will be able to undue some damage, and then we will have a deadlock again.
We need a better message. I'm not convinced it needs to be new, but it has to be better. It has to carry across isles and it must blur the lines.
Either side. Is it victory -- if there is no change?
If your vote doesn't matter, then why are so many rich assholes spending top dollar to keep you from counting? #Vote because #YouMatter #ElectionDay #Election2020 #TurnTexasBlue #Elections2020 #VoteBlue