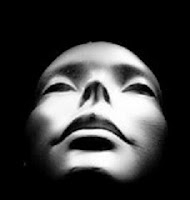 Until the late 1970s, all scholarship on Grendel's mother and translations of the phrase "aglæc-wif" were influenced by the edition of noted Beowulf scholar Frederick Klaeber. His edition, Beowulf and the Fight at Finnsburg, has been considered a standard in Beowulf scholarship since its first publication in 1922.

Doreen M.E. Gillam's 1961 essay, "The Use of the Term 'Æglæca' in Beowulf at Lines 893 and 2592," explores Klaeber's dual use of the term "aglæca/æglæca" for the heroes Sigemund and Beowulf as well as for Grendel and Grendel's mother. She argues that "aglæca/æglæca" is used in works besides Beowulf to reference both "devils and human beings". She further argues that this term is used to imply "supernatural," "unnatural" or even "inhuman" characteristics, as well as hostility towards other creatures. Gillam suggests: "Beowulf, the champion of men against monsters, is almost inhuman himself. [Aglæca/æglæca] epitomises, in one word, the altogether exceptional nature of the dragon fight. Beowulf, the champion of good, the 'monster' amongst men, challenges the traditional incarnation of evil, the Dragon: æglæca meets æglæcan."