The Willing Suspension of Disbelief
Believe

I grew up in writing under the impression that the Willing Suspension of Disbelief was a fact. I never questioned it, as it fit my personal experience with books and stories -- even movies -- perfectly.  The way it was explained to me by one of my first mentors said, "You can get away with anything. The reader is 'willing to believe' -- just don't remind them they are reading a book. Don't break the spell." What that meant was -- the sky can be purple, the planet square and the ice on the poles burning -- no problem. However, if you have your character put some ice into her glass and it doesn't explode, or you give a lame reason for how the gravity works on a square planet, you break the spell. The reader will toss your novel aside and never return. You broke a trust, a trust that is sacred between author and reader.

There are so few Sacred Trusts left in the world, so you can imagine my state when a Neuropsychologist showed that this wasn't true. The Suspension of Disbelief wasn't how we did things at all.


Samuel Taylor Coleridge suggested that if a writer could infuse a "human interest and a semblance of truth" into a fantastic tale, the reader would suspend judgment concerning the implausibility of the narrative. Suspension of disbelief often applies to fictional works of the action, comedy, fantasy, and horror genres. Cognitive estrangement in fiction involves using a person's ignorance or lack of knowledge to promote suspension of disbelief. ~from wikipedia


Norman H. Holland wrote a great paper -- I loved it right up to the point where he scared the crap out of me. in short terms, he says we have it all wrong --- not quite backwards. When we go to the movies to see Spiderman swinging around New York city on a thin web and running up walls of glass 30 floor high, we do not 'suspend our disbelief'. No.. We BELIEVE. After the movie we go about the housecleaning of telling ourselves that it was fiction and not real

It's worth taking a moment and letting that sink in because what follows after that statement is disconcerting. Dr. Holland says this :


Rapt – ’transported’ is the term psychologists use – in a literary work, we do not doubt that Spider-Man can web himself over tall buildings, that the Three Bears can talk, or that Sherlock Holmes can tell all about people from the mud on their boots. For those moments when we are really ‘into’ a poem, story, movie, play, or even a comic book, we simply don’t bother about likelihood and lifelikeness. We don’t because our brains tie  reality-testing to action, and, experiencing literature or art, we cannot or will not act on what we are perceiving.

So if it is not something we can act on, our minds do not see the point in deciding if it is true or not. A movie in a theater is recorded, and on the screen. We can't do anything about that. We can't act-- we can't change the story or make Spidey act in a realistic manner -- so we don't bother with judging what is coming into our minds as real or false.

Which could explain the motivation behind this Stanford Professor explaining the 'science' behind Captain America and the Hulk.

The HULK doesn't NEED explanation -- silly little professor. The HULK .. IS. -- like god.

With this insight juxtaposed against  the false memories being injected into our minds by simple tech in wording and frames -- this puts commercials in a new perspective. 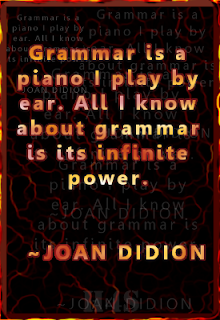 The way all of us normally deal with this is to  NOT -- rationally compare two competing theses and resolve conflicts using reason and available evidence. That would be nice, but no, we don't come close to doing that. Rather, we react in the same way we react to a physical threat. We instinctively fight against information that threatens our beliefs, inventing any means of defense possible.

This strategy has nothing to do with rationality or truth: it simply implements a toolbox of protective mechanisms. We normally accept information only if it reinforces beliefs already held, and we reject information that conflicts with something we already believe (Nickerson, 1998).

This behavior of maintaining a false reality has been documented in political science. Once voters adopt a political position for whatever reason, they then invent spurious “facts” to rationalize their existing opinion. “Voters tend to assimilate only those facts that confirm what they already believe” (Lehrer, 2009) … “inventing facts or ignoring facts so that they can rationalize decisions they’ve already made.” (Achen & Bartels, 2006).

The experimental evidence emphatically does not support the traditional picture of a healthy political process, in which issues and candidates are intelligently compared and evaluated.
In psychology, cognitive dissonance is the excessive mental stress and discomfort experienced by an individual who holds two or more contradictory beliefs, ideas, or values at the same time. This stress and discomfort may also arise within an individual who holds a belief and performs a contradictory action or reaction.


A recent paper on the sociology of political beliefs (Prasad et. al., 2009) lists techniques that people use to prevent cognitive dissonance. That paper extends another developed a few years ago (Zuwerink-Jacks & Cameron, 2003).After using some poetic license, we combine the results of these two wonderful studies, to produce a set of seven descriptive responses.

These seven techniques reject any argument, rational or otherwise if that argument contradicts what we believe. The higher the level of authority the new argument imbues will correlate to the level of aggression our response will utilize.

I haven't suggested that this response is related to beliefs given to us through some type of AGGRESSIVE PERSUASION. There is a reason for that -- it doesn't matter where or how we acquired these beliefs. All that matters is that you firmly believe and that it is valuable to your life. Nothing nefarious is required.

However, to study AGGRESSIVE PERSUASION, is to study the vulnerability of our minds and our reality. Neuromarketing is to study, understand and then exploit.