1922 A Single Year to give Deniers another Stupid Idea

Imagine  Going to these lengths to deny an absolute fact. You can tell by language that  the false article meme are from a 1922 reporter,, but I went ahead and did the research. I found the "reports" of the record High Temp in Death Valley(denied at that time as a mistake by the new guy) and  Libya which was probably accurate. But -- again -- when doing research you can't stop just because you found something that fits your view of the world. You need to look around. Find out what else was going on.
I have seen whole websites forged to look like A Climate Scientist's website. Everything is like the original, except for changes to wording. Several self pub biographies and history books have been created to do the same thing  Check sources. always. Mine too. Seriously. Check. Make it a habit.

1922 was an interesting year. The high temperature in Death Valley was not as high as it was first thought to be, but it was still damn hot. Libya was amazingly hot. But there were other things going on across the world during that year.

and the 1922 Atlantic hurricane season

A rare Cross Over Storm -- A Cyclone from he Pacific which crossed over to the Atlantic. Hurricane Six of 1923 formed as a tropical storm in the East Pacific. It crossed over central Mexico and emerged into the Gulf of Mexico on October 15

Oh and Feb 1922 the worse ice storm in Wisc hist. Ice fell to 4'' in some areas doing more than $10 million in property damages. 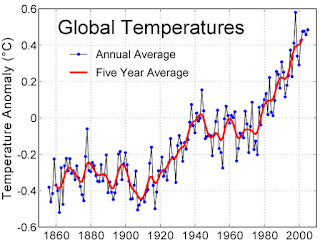 Weather is what happens at your house. Climate is what is happening everywhere. 1922 sounds like it was a busy year for weather men, and basically the same ol' shit for Climatologists.