Robert Earll, who I called Bobby, like everyone else we hung out with, was one of the writers for Ironsides, and then Starsky & Hutch. You know the episode where Starsky's wife dies of cancer? The one that got all those awards? He wrote that -- after his wife died of cancer. That's how writers deal with things like that, we write about them.

So, anyway, Bobby never felt like he really belonged in Hollywood, making a ton of money and writing for a living. He didn't have a degree. Hell, his only serious schooling was through a correspondence course while he lived in Las Vegas. Nope, not joking at all. It was sort of a strange assemblage of accidents that got one of his assignments into the hands of the producer of Ironsides as well.

About ten years into a solid career he took a young man to work with him, who wanted to get into to writing TV shows as well.

Bobby told me that this guy was absolutely insatiable the whole day.

"He just wouldn't stop! He talked to all the stars, the directors, he even spent more than an hour bugging the stunts guys, asking how they did things. I was so frustrated I could have screamed and whacked him with something blunt!"  Then Bobby looked at me sideways, "You know why I was really mad though?"

"Because that kid had more fun at my job in an afternoon, than I've had there in the last ten years."

Hank Green, my son tells me, is still getting razed by the mainstream news media about his visit to the Whitehouse. When my son told me about this I thought of that story Bobby told me. I would be willing to bet a royalty check that not one of those CNN reporters has a selfie with the president.

That and they're scared shitless.

I notice propaganda like one of those crazed conspiracy guys, only I don't care much about it when I see it. That sounds kind of weird, I know. We're suppose to react or be disgusted or cry the alarm, but honestly, it is all over the place. There is so much of it now that it is almost culturally normal. Alot of it is watered down and used as Marketing techniques, which is what most people point at because they aren't aware of the differences.

The difference, in case you aren't sure either, and don't feel bad because they are damn close, is that -- propaganda is designed and composed to pass through your field of awareness without raising flags or feeling like anything except legitimate information.

Marketing and sales, on the other hand always uses a "Call To Action" so that you'll buy something, or do something or sign

something. But the tactics, the tools (what I've come to call the Modus Operandi)  are becoming so well known now that marketing people are using them more frequently.

I'm hoping that those same marketing people are aware that using those tactics and getting caught is a felony in this country.

Most of those are old tactics. Military level propaganda was given a huge shot of steroids during WWII on all sides. Those tactics are older than that, nearly a century older -- but in the last 30 years, Sociology,  Psychology  and  Neuroscience has been discovering why and how those tactics actually work. They haven't been doing this on purpose, or at least I don't think they have. Science has just been working its way into the landscape of what makes us... us. The basics, on the braincell level.

An example is that propagandist and grifters have known since just after the reformation of the church about the Call of the Loss, but now studies are being done that are telling us exactly why it is that -- if I word a question in a way that says you are going to lose your house -- as opposed to wording it in away that says you're going to pay it off 20 years early -- the first message is 10 times more likely to motivate you.

Two guys in 1979 (Kahneman & Tversky)  took that from our  WWII playbooks and tested it out. Then they tested it again. The results were so bizarre to them, they continue to investigate this phenomena in stranger, and stranger ways. Ways, when they are described to you, you're certain that this time the subjects of the test are definitely going to go for the "positive - I am going to get something" side, instead of the "oh no -- I'm going to lose something" side.

We have lots of names for this effect:Confusion of Beliefs with Facts, Affirmation of the Consequent, Hidden Assumptions, Argue from Adverse Consequences, It's Too Terrible To Tell
Argue Inevitability, Chicken Little's Pessimism,
Use the Passive Voice.

Some of those are more like Troupes than tactics really. But they all focus the message on the fear of loss, or the uncertainty of the future, the "reality of the world," or the futility of preparation. 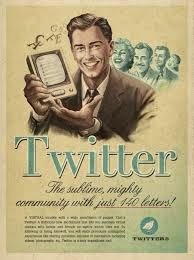 Common knowledge suggests that "gain" would be a greater motivation, or at least a contender, but reality says otherwise. The idea of losing something  -- even things we don't really need or want that much -- is a major motivator for the human mind to drive us to action.

My favorite study on this topic was done by Dr. Dan Ariely, who wrote the 2008 book "Predictably Irrational: The Hidden Forces That Shape Our Decisions"  It is the subject of Chapter 8. Even knowing the science behind it, I was surprised that he could take it that far, and still produce the same results. Losing things, scares the crap out of us.

Now, if you take that level of reaction at the "prospect" of losing something -- and then envision the reaction to being "shown you have lost something", the mainstream news reaction to Hank Green getting a selfie and a "hang out" with the President of the United States, who the rest of us call - The Most Powerful Man In The World, you can sort of get the idea that this is going to hurt them for a while. When people are hurt, they lash out.

There is another factor going on here as well... and that is the legitimacy factor. This is the Message from the guy in charge of the FCC last February.

In the cable world, obviously, big things are ahead. We just don’t quite know how big.

Looking at the cable ecosystem, there are six basic categories of programming that provide the bulk of the content: 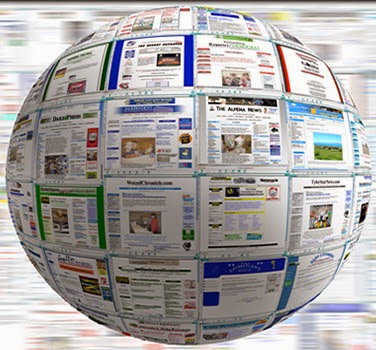 All of these categories, I am told, are poised for growth, as the American audience becomes not only more fragmented, but also increasingly more loyal to their chosen niches.

As you read through this next part of his speach, keep in mind that Fox, CNN and MSNBCs demographics are 55 and up, and they are losing them -- with no connection to the millennial generation
And then there is social media, which is an increasingly essential part of many of our lives. A few reported statistics to ponder:

1. The fastest growing demographic on Twitter is the 55-64 year age bracket.


5. Social media has overtaken that other explicit pastime, as the No. 1 activity on the web

6. LINKEDIN has a lower percentage of active users than PINTEREST, GOOGLE+, TWITTER AND FACEBOOK
7. 93% of marketers use social media for business
8. 25% of smartphone owners ages 18-44 say they cannot recall the last time their smartphone was not next to them
9. Even though 62% of marketers blog or plan to blog this year, only 9% of companies employ a full time blogger 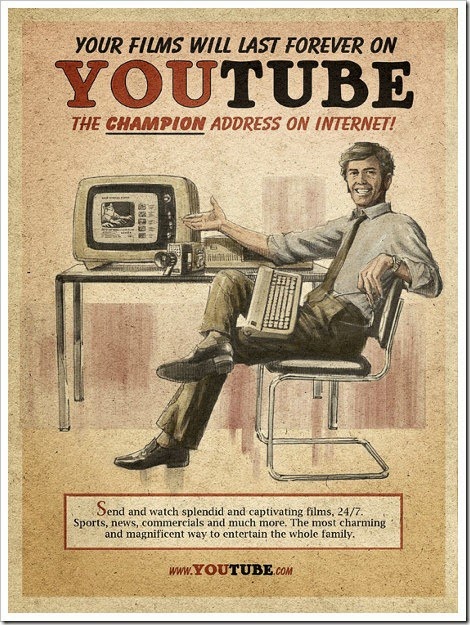 You got-ta love the way he used that Linkedin stat of Every 2 Seconds, someone joins up with Linkedin. -- and then drops the "they are the slowest out there."

So, Hank, these guys are a little scared right now... and there isnt' a damn thing telling them that they shouldn't be.

This situation helps understand the puzzle I've been seeing over the last year as well. I think it is unique in our history -- but I haven't done any research to confirm these events are "historic". I should probably send an email to Noam Chomsky and see if he agrees.  I mean, yes, the news media -- whether as volunteer of the government or duped by corporations to do so -- has always been the choice medium to spread real honest to god propaganda to the masses... so that's not new at all. But I think this is the first time in our history ("our" being the collective human race) that the News Industry has run and disseminated propaganda campaigns for themselves.