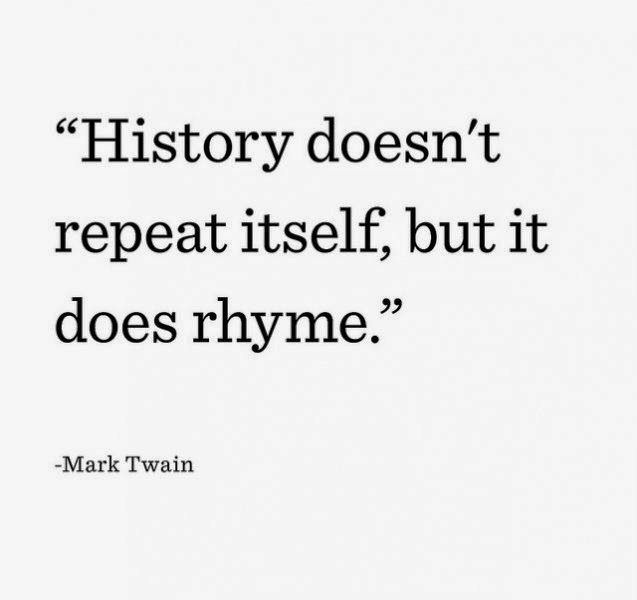 I discovered a copy of ALEC's Report Card book v18

The general academic feeling is the report card fails.  I think they missed the point of the publication. That happens when you are an academic and still believe order and reason are viable goals.

It is fitting that ALEC begins the v17 version with this paragraph:


In World War II, Great Britain suffered a series of crushing defeats. From the conquest of her continental allies and an ignominious evacuation at Dunkirk to the loss of Singapore in the east, Great Britain was under attack. Germany stood as a colossus with its boot on the throat of Europe. Under the assumption there was no way to win, “realistic” members of the British aristocracy advised reaching an accommodation with Germany. Winston Churchill refused to surrender while the Royal Air Force successfully fought off the German Luftwaffe over the skies of England, deterring a German invasion.

Yeah, WWII, the days of Hitler and the Big Lie. Perfect.


"All this was inspired by the principle—which is quite true within itself—that in the big lie there is always a certain force of credibility; because the broad masses of a nation are always more easily corrupted in the deeper strata of their emotional nature than consciously or voluntarily; and thus in the primitive simplicity of their minds they more readily fall victims to the big lie than the small lie, since they themselves often tell small lies in little matters but would be ashamed to resort to large-scale falsehoods. It would never come into their heads to fabricate colossal untruths, and they would not believe that others could have the impudence to distort the truth so infamously. Even though the facts which prove this to be so may be brought clearly to their minds, they will still doubt and waver and will continue to think that there may be some other explanation. For the grossly impudent lie always leaves traces behind it, even after it has been nailed down, a fact which is known to all expert liars in this world and to all who conspire together in the art of lying."
—Adolf Hitler, Mein Kampf, vol. I, ch. X[1]

All too true. It never occurs to us regular folk that someone would actually -- and on purpose -- tell moutain size lies which fabricate whole political systems. Not only tell them. but then go to the trouble of making several web sites and then writing a full book on the subject. It boggles the mind.

And then we see what Larry Krieger did last year with AP History. The whole thing was a swindle -- so he could get his book business back. Not a single thing he said had an ounce of truth to it, except when he would admit that there was nothing wrong with the AP History course.

As I went through the pages of this ALEC "report card", I found myself making little notes in the margins about the Aggressive Persuasion tactics that were both being described, and being used by the manual. It is a marvelous example of how to acquire people to spread your propaganda, and train them at the same time. It is poetry in motion to be honest.

ALEC has an Education Task Force. They have nine of these "task forces" that are staffed with Think Tanks, such as the American Principles Project, and the Heartland Institute (both highly recommended propaganda outfits by the way. The cigarette companies give them great reviews) who hire people like James Milgram, Sandra Stotsky and Jane Robbins. You'll recall the three of them from the Math Wars days and also how the created the turmoil around Larry Krieger's  AP History swindle last year. They didn't really care about Larry, or the AP. They were after David Coleman, the main guy with Common Core. ALEC doesn't like Common Core. It stands in the way of taking apart the Education System and then making a profit off the parents.


The 18th edition of the American Legislative Exchange Council’s (ALEC) Report Card on American Education: Ranking State K-12 Performance, Progress, and Reform draws on ratings from market-oriented advocacy groups to grade states in areas such as support for charter schools, availability of vouchers, and permissiveness for homeschooling. The authors contend that these grades are based on “high quality” research demonstrating that the policies for which they award high grades will improve education for all students. This review finds that, contrary to these claims, ALEC’s grades draw selectively from these advocacy groups to make claims that are not supported in the wider, peer-reviewed literature. In fact, the research ALEC highlights is quite shoddy and is unsuitable for supporting its recommendations. The authors’ claims of “a growing body of research” lacks citations; their grading system contradicts the testing data that they report; and their data on alternative teacher research is simply wrong. Overall, ALEC’s Report Card is grounded less in research than in ideological tenets, as reflected in the high grades it assigns to states with unproven and even disproven market-based policies. The report’s purpose appears to be more about shifting control of education to private interests than in improving education.

Sigh. Of course it is moving control over to the private interests. There is money to be made there, and we got to get rid of Common Core as well. A system that will give any lame, poor, backwater school system better educational materials than private schools can afford has to go.

Also, the teachers have to actually be teachers if the CCSS is in place and ALEC wants anyone "who feels the calling" to be able to be a teacher -- at minimum wage -- with no union of course.

I've been looking for versions 19 and 20. The propaganda resources alone are worth any purchase price. This is a whole National level disinformation and confusion campaign -- all planned and explained for you. I have some good tactics myself but ... I guess when you have a team of "think tanks" and a million to put into the effort, you can get more done.