Jon Stewart of the Daily Show: Slams the Koch Brothers 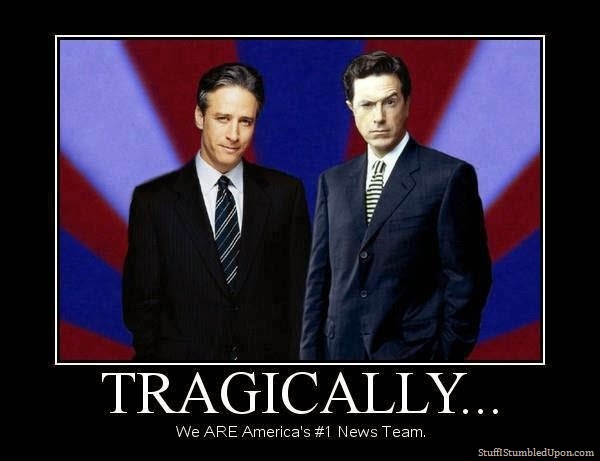 Daily Show viewers are likely to be the most -- moderately informed, if not best informed -- viewers (viewers being the people who still bother to watch the tripe produced for cable TV these days). This is because, Jon Stewart (and Stephen Colbert on his show), will slam anyone who is acting stupid, or trying to gloss over a heinous activity. Historically, these two shows don't really care if their targets are Democrat or Republican, or Tea Party or in the seat of the White House ... or advertising on the time slot of their show, as the Koch brothers found out this week. Basically the message is, "we care about our viewers, and if you are going to imply that we condone your actions, you are leading with your chin."

Thank you Jon Stewart for Doing It Right!

Why is America 83% in favor of health insurance companies being required to accept pre-existing conditions, yet only 43% in favor of Obamacare?

Why after six years of growth on Wall Street, lowering Unemployment, bringing healthcare reform and encouraging public schools with unprecedented resources for teachers which will minimize the unpaid "at home" hours they are required to engage in, is Obama's acceptance level only 43%?

Why, after Obama wrote an executive order directing activities which will insure the proper adoption of ACA by companies who have between  50 and 100 employees, which is well within his job description, and historically not even close to being a over-reach -- did Congress (while blocking, and fighting to make ACA fail) sue Obama with cheers coming from across the Internet? 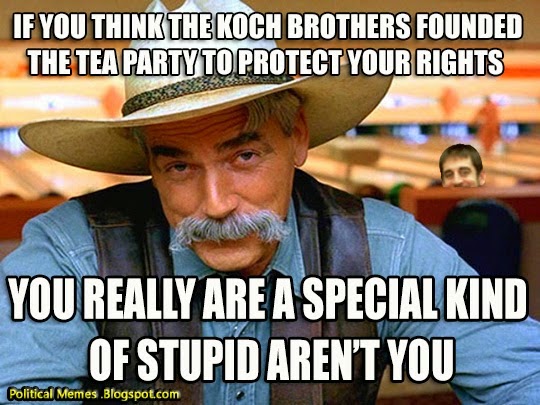 Why, with only an 8% approval rating for their performance for the last two years, and the culture of obstruction they have created, do any of the Congressmen coming up for election in November have any chance of wining? Let alone, in some states, an edge in winning?

For answers to these and other troubling questions tumbling around in the educated minds of America, the Koch Brothers are a good place to start.

The goals of the Koch brothers, truly, do not have your best interests in mind. Here's a list that has been complied and researched.


Some investigative media on the Koch brothers, and their actions against our way of life.