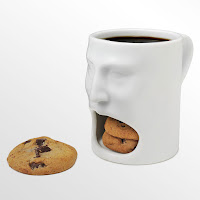 When I was growing up (the 1965-1975 era) ADHD and ADD were called Hyperactivity Disorder. Schools and neighbors treated this diagnosis as one-step-up from taking the short bus to school. It was a Learning Disorder, a Behavioral Disorder, but most of all it was a Psychological Disorder.

I don’t know how many hours I spent talking to psychologists as a child, but it was quite a few. I don’t blame them for anything. In that period of history, we simply didn’t know any better. Ritalin was prescribed by doctors without the clarity of why it made a difference in the behavior of hyperactive children. It was also common to hear from a doctor that the child would ‘grow out’ of her hyperactivity after puberty. Some doctors today still believe this fallacy.

The 1980’s brought little change in this area of treatment, except for some brave souls who changed the name from Hyperactivity Syndrome to Attention Deficit Disorder(ADD). There were a few good insights, but not much research going on.

The 1990’s were brilliant with research. A whole new perspective on ADD, and ADHD was being described by researchers and the results of their tests. More attention to the Physiological aspects of the condition (rather than the perceived Psychological aspects conjured up in the 60’s and 70’s), was focused on.

Being a dad, growing up with this condition, as well as facing treatment for a son with the same condition, I have had to learn quite a bit about treatments, and parenting. I was required to Un-Learn even more. I started with all of the anger and frustration that came from the treatments of Ritalin and the 70’s (if the child is a little too active, dope him up). I also had clear memories of the ostracizing treatment a child feels from teachers and other parents when he has a Hyperactive diagnosis. I didn’t want my son going through the same experiences, and for a long time I refused to have my son on any treatment for his ADHD.

It was only through the work of a very patient doctor and a great deal of research on my part, that I changed my fears into experience and knowledge. I hope that this book, in which I expand on some of those experiences, helps you to make clearer decisions with your children.

Let’s start out with…I’m not a doctor. I’m not a psychologist, psychiatrist, or even a witch-doctor. I don’t even have a snake oil cart. All I am is a Dad, who has done a great deal of reading on this subject, raised children with this condition, and still deal with the condition as an adult. I rely strongly in this book on the research done. and continuing to be performed, by some very intelligent people, all of whom I truly hope I give proper credit to with citations.