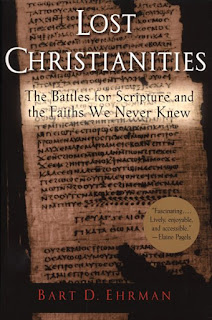 Today boys and girls our new word is Patina

Patina (pronounced /'pætnə/ or /pə'tinə/) is a film on the surface of bronze or similar metals (produced by oxidation over a long period); a sheen on wooden furniture produced by age, wear, and polishing; or any such acquired change of a surface through age and exposure. On metal, patina is a coating of various chemical compounds such as oxides or carbonates formed on the surface during exposure to the elements (weathering). Patina also refers to accumulated changes in surface texture and colour that result from normal use of an object such as a coin or a piece of furniture over time.

Apparently this can also be created by micro-biological buildup on stone as well.

I came across this little antiquity word jewel from reading Biblical Paths, ... That man is always presenting wonderful stuff.


I especially like the word right now because it is the focus of a crime dealing iwth the possible forgery of the Ossuary of James, the son of Joseph, ... brother of Jesus. The discovery of this Ossuary occurred

National Geographic - Burial Box may be that of Jesus's Brother, Expert Says


Matthew Kalam has put together a blog area, diligently recording the events of the trial, which I will admit to spending much more time devouring today than is sensible. Mr. Kalam co-authored the first published story on the James Ossuary for TIME magazine in 2002 and has since reported on the case for the Globe & Mail, BBC, CTV, the Discovery Channel, Boston Globe and San Francisco Chronicle. So, that is his interest in the story, but I would guess that none of that was really necessary for him to be just as interested with out.

Forgeries of Religious artifacts are of course, nothing new. Paul talks about it in II Thessalonians 2:2 That you be not soon shaken in mind, or be troubled, neither by spirit, nor by word, nor by letter as from us, as that the day of Christ is at hand. What is even more interesting is that II Thessalonians was probably a forgery itself, and not written by Paul, just like Colossians and Ephesians are very likely "pseudo-Pauline" forgeries.

Whether these books are forgeries or not, it is obvious that religious forgery is a long practiced form of self expression, since (as we have already pointed out), Paul in II Thessalonians mentions such forgeries existing at his time, and in enough of a number that he was aware of them. So, he is either a fairly good witness to these problems with forgeries or, that statement was written by the forger (which was notably common in forged documents... in fact it is the verse 2:2 which draws the eye to possible forgery as much as anything else about the document).

Lost Christianities By Bart D. Ehrman, the book I am linking at the top, is a very good resource book and a great place to start when looking into the forgeries adn alterations f the biblical material we have left, and why it is so important to really ask ourselves what is impoprtant in faith, and our spiritual relationships, and what is not.