Little trouble with Days of the Week 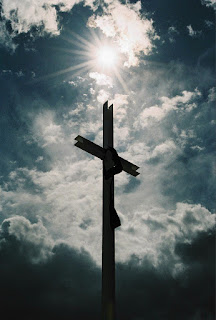 In the honest hope of someone having an insight on this recent problem I've stepped into, I posted several cries for help in a few groups and forums.

It appears there is a small problem with trying to figure out what day of the week Christ was crucified on... awk! The Last Supper is suppose to be the Passover meal.

The way the days work in Hebrew tradition is: the day starts at sunset. So, Friday, actually starts on Thursday at sunset. Just like the Sabbath begins at sunset on Friday.

Passover, in the Hebrew tradition, therefore begins at Sunset, the lambs are slaughtered, and the diner prepared that evening. So, Passover on Friday, means the Passover Meal is eaten on Thursday (the way we see things), at sunset. Which would mean, the last supper is eaten on Thursday, Christ is crusified on Friday (because he is at the Last Supper... right?) ok.. got that much clear.

However, John, bless his heart, talks about Christ being crucified while the lambs are being slaughtered...

The "preparation of Passover" at the 6th hour, would be 6 AM on Thursday morning(or earlier, not really sure about how hours are counted, but it would definitely be Thursday) ... which makes no sense, because no mater what day Passover would have been, Jesus could not be eating the Last Super, while dead in a tome. But it also makes the day of Christ's crucifixion on Thursday, not Friday.

What troubles this even more, is the tradition of "rose again on the Third day"... which should mean he died on Thursday, in order to rise and be gone Sunday morning. Dying on Friday evening, and rising before the women show up Sunday morning (they couldn't come on Saturday because that was the Sabbath, so they are there as soon as they can on Sunday morning)... isn't even a full 48 hours, let alone 3 days. Of course, this "rose on the Third Day" is a "traditional" saying, and not biblical per se... but if the traditional saying is right, then it is agreeing with the Gospel of John.

I've been looking all over for an answer for this, and I'm fairly sure I'm just going to whimp out on it and not use a Weekday name, just say Passover and the day after, or maybe I'll end the chapter long before that part.

Trouble is, there are already so many vague areas in the chapter, I feel like I'm writing a political speach on the budget, rather than a fiction novel.