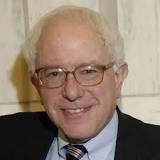 WASHINGTON, Aug. 7 – Sen. Bernie Sanders (I-Vt.) today announced that he will support  an agreement that the United States and other nations negotiated with Iran to limit its nuclear program.

Sanders issued a statement after a telephone conversation on Friday with President Barack Obama, who addressed some of Sanders’ concerns.  The senator first publicly discussed his intention to vote for the agreement in an interview with John Dickerson of CBS News, which will be broadcast Sunday on “Face the Nation.”

“The test of a great nation is not how many wars it can engage in, but how it can resolve international conflicts in a peaceful manner,” Sanders said in the statement.


“The war in Iraq, which I opposed, destabilized the entire region, helped create the Islamic State, cost the lives of 6,700 brave men and women and resulted in hundreds of thousands of others in our armed forces returning home with post-traumatic-stress disorder and traumatic brain injuries.  I fear that many of my Republican colleagues do not understand that war must be a last resort, not the first resort,” Sanders said in the statement.

“The United States must do everything it can to make certain that Iran does not get a nuclear weapon, that Israel is not threatened by a nuclear Iran and that a nuclear arms race in the region is avoided,” he added.  “President Obama and Secretary Kerry have worked through a very difficult process with the United Kingdom, France, Germany, China, Russia and Iran. This agreement is obviously not all that many of us would have liked but it beats the alternative – a war with Iran that could go on for years.

“If Iran does not live up to the agreement, sanctions may be reapplied,” he added. “If Iran moves toward a nuclear weapon, all available options remain on the table. I think it is incumbent upon us, however, to give the negotiated agreement a chance to succeed. That is why I will support the agreement.”