Over 10 Years
Oil Continues to Leak 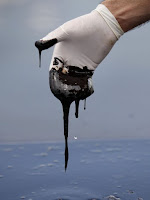 R-Sen. Bill Cassidy(LA), former D-Sen. Mary Landrieu and Reps. D-Cedric Richmond and R-Steve Scalise(LA) have sent letters on Taylor Energy's behalf since December 2014. The lawmakers pressed officials from the Justice Department, Interior Department and Coast Guard to meet with company representatives to discuss the company's proposed resolution, but their letters stopped short of explicitly endorsing the August 2013 proposal.
R-Sen. David Vitter also made a telephone call to request a meeting between company and government officials, but the Louisiana Republican didn't send a letter on Taylor Energy's behalf, according to a spokeswoman.

For more than a decade, oil has been leaking into the Gulf of Mexico where a hurricane toppled a drilling company's platform off the coast of Louisiana. Now the federal government is warning that the leak could last another century or more if left unchecked.
The New Orleans company has failed to stop a decade-old oil leak in the Gulf of Mexico and lobbied for a refund of money reserved for spill containment work, according to letters obtained by The Associated Press through public records requests.

Since December, at least four members of Louisiana's congressional delegation have urged the Obama administration to take up a settlement proposal by Taylor Energy Company, the letters show. The company is down to one full-time employee and is no longer active in the offshore drilling industry, but its CEO is a prominent philanthropist and generous political donor.

But the lawmakers' appeals didn't help the company cut a deal: Authorities recently rebuffed Taylor Energy's settlement overtures and ordered it to perform more work at the site, according to Justice Department officials who were not authorized to comment publicly by name and spoke only on condition of anonymity.

Taylor Energy sold all of its offshore leases and oil and gas interests in 2008. What's left of the company is led by Phyllis Taylor, whose last name is synonymous with a popular, state-funded program that has provided free college tuition to thousands of Louisiana students. 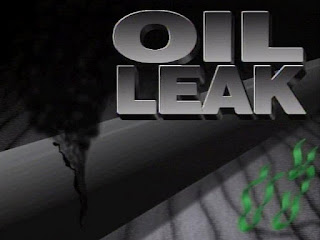 The leak dates to Hurricane Ivan in 2004, when storm-whipped waves in the Gulf triggered an underwater mudslide that toppled a Taylor Energy-owned oil platform and buried a cluster of its wells under mounds of sediment. Oil is still leaking at the site more than a decade later, with slicks often stretching for miles off Louisiana's coast.

An Associated Press investigation in April revealed evidence that the leak is worse than the company, or government, have publicly reported during their secretive response. Presented with AP's findings, the Coast Guard provided a new leak estimate that is about 20 times greater than one recently touted by the company. The government also recently estimated that the leak could last a century or more if left unchecked.


In an effort to resolve its leak-related obligations, Taylor Energy asked federal regulators to refund an undisclosed amount of money that it deposited in a trust account to pay for response work, according to court records. The company, which embarked on a Washington lobbying campaign last year, claims nothing more can be done to eliminate the chronic slicks.