Atrocity propaganda is a term referring to the spreading of deliberate fabrications or exaggerations about the crimes committed by an enemy, constituting a form of psychological warfare.

Similarly to propaganda, atrocity rumors detailing exaggerated or invented crimes perpetrated by enemies are also circulated to vilify the opposing side.

Message under the stamp

A notable example of atrocity rumor concerns a family who receives a letter from their son, who is imprisoned a German POW camp; the letter says that he is being treated well and fed sufficiently, and that the stamp on the letter might be of interest to "Alfie", the youngest son. Because the family has no son by that name, they become suspicious, and underneath the stamp they find a message saying "they've torn out my tongue!" Prisoners' letters, however, bore no stamps

The inherently violent nature of war means that exaggeration and invention of atrocities often becomes the main staple of propaganda. Patriotism is often not enough to make people hate – propaganda is also necessary.

"So great are the psychological resistances to war in modern nations", wrote Harold Lasswell, "that every war must appear to be a war of defense against a menacing, murderous aggressor. There must be no ambiguity about who the public is to hate."

During WWI there was not enough public interest in the war, so England created a campaign to horrify and unite their people. One of the methods of that campaign became known as the Baby Eaters


It was reported that some thirty to thirty-five German soldiers entered the house of David Tordens, a carter, in Sempst; they bound him, and then five or six of them assaulted and ravished in his presence his thirteen-year-old daughter, and afterwards fixed her on bayonets. After this horrible deed, they bayoneted his nine-year-old boy and then shot his wife. 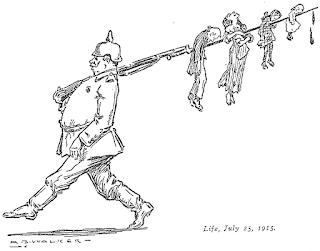 Human testimony is deemed unreliable even in ordinary circumstances, but in wartime it can be further muddled by bias, sentiment, and misguided patriotism, becoming of no value whatsoever in establishing the truth. 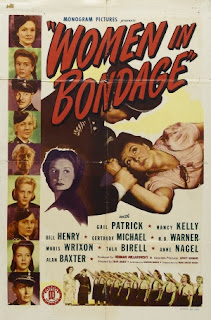 According to Paul Linebarger, atrocity propaganda leads to real atrocities, as it incites the enemy into committing more atrocities and, by heating up passions, it increases the chances of one's own side committing atrocities, in revenge for the ones reported in propaganda. Atrocity propaganda might also lead the public to mistrust reports of actual atrocities. In January 1944, Arthur Koestler wrote of his frustration at trying to communicate what he had witnessed in Nazi-occupied Europe: the legacy of anti-German stories during World War I, many of which were debunked in the postwar years, meant that these reports were received with considerable amounts of skepticism.


During World War II, atrocity propaganda was not used on the same scale as in World War I, as by then it had long been discredited by its use during the previous conflict. There were exceptions in some propaganda films, such as Hitler's Children, Women in Bondage, and Enemy of Women, which portrayed the Germans (as opposed to just Nazis) as enemies of civilization, abusing women and the innocent. Hitler's Children is now spoken of as "lurid", while Women in Bondage is described as a low-budget exploitation film; the latter carries a disclaimer that "everything in the film is true", but facts are often distorted or sensationalized.

The PFM-1 mine was claimed to have been deliberately designed to attract children
According to a 1985 UN report backed by Western countries, the KGB had deliberately designed mines to look like toys, and deployed them against Afghan children during the Soviet war in Afghanistan. The story likely originated from the PFM-1 mine, which was made from brightly colored plastic and had been directly copied from the American BLU-43 Dragontooth design. The Mine Action Coordination Center of Afghanistan reported that the allegations "gained a life for obvious journalist reasons", but otherwise had no basis in reality. 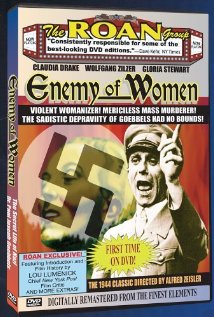 Slaughter of Children in the Gulf War

Iraq invaded Kuwait in August 1990. On October 10, 1990, a young Kuwaiti girl known only as "Nayirah" appeared in front of a congressional committee and testified that she witnessed the mass murdering of infants, when Iraqi soldiers had snatched them out of hospital incubators and threw them on the floor to die. Her testimony became a lead item in newspapers, radio and TV all over the US.  The story was eventually exposed as a fabrication in December 1992, in a CBC-TV program called To Sell a War. Nayirah was revealed to be the daughter of Kuwait's ambassador to the United States, and actually hadn't seen the "atrocities" she described take place; the PR firm Hill & Knowlton, which had been hired by the Kuwaiti government to encourage American intervention in the war, had heavily promoted her testimony.

In the runup to the 2003 Invasion of Iraq, press stories appeared in the United Kingdom and United States of a plastic shredder or wood chipper into which Saddam and Qusay Hussein fed opponents of their Baathist rule. These stories attracted worldwide attention and boosted support for military action, in stories with titles such as "See men shredded, then say you don't back war". A year later, it was determined there was no evidence to support the existence of such a machine.

In 2004, former Marine Staff Sgt. Jimmy Massey claimed that he and other Marines intentionally killed dozens of innocent Iraqi civilians, including a 4-year-old girl. His allegations were published by news organizations worldwide, but none of the five journalists who covered his battalion said they saw reckless or indiscriminate shooting of civilians. The St. Louis Post-Dispatch dismissed his claim as "either demonstrably false or exaggerated". 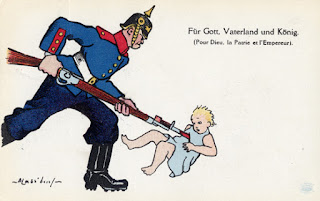 In July 2003 an Iraqi woman, Jumana Hanna, testified that she had been subjected to inhumane treatment by Baathist policemen during two years of imprisonment, including being subjected to electric shocks and raped repeatedly. The story appeared on the front page of The Washington Post, and was presented to the Senate Foreign Relations Committee by then-Deputy Defense Secretary Paul D. Wolfowitz. In January 2005, articles in Esquire and The Washington Post concluded that none of her allegations could be verified, and that her accounts contained grave inconsistencies. Her husband, who she claimed had been executed in the same prison where she was tortured, was in fact still alive. 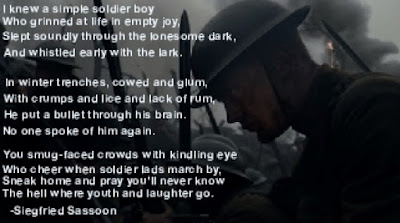