What's the trouble with the GOP?

October 14, 2014
The trouble with the GOP is just like the man says, "Here's the attitude. Ohhhh. Don't make me do this. Ohhhh. This is too hard," Boehner whined before a luncheon crowd at Brown's Run County Club in Madison Township.

Boehner said he's been working for 16 or 17 months trying to push Congress to deal with immigration reform.

Their one and only agenda for the last six years is to create a culture of obstruction. If it moves, they try to stop it. If it looks like it is going to work, they do everything in their power to shut it down. Never mind that most people want their Healthcare, and that the GOP has no idea what to replace Obamacare with, 33 times is still not enough challenges to rape the taxpayers with. There must be more. Imagine for a moment how much better our country would be doing right now, if the GOP Congress was not dedicated to obstruction and sabotage. They wouldn't have to vote above their conscious. Just work. They have wasted six years for us. Now we have Ebola, and ISIS and we don't have time for these primadonna Congressmen.

"We figured out how much we spend per day on salaries and office costs for members of the House of Representatives and their staffs. The grand total? Almost $2 million every day." -- "Marketplace," the American Public Media radio program 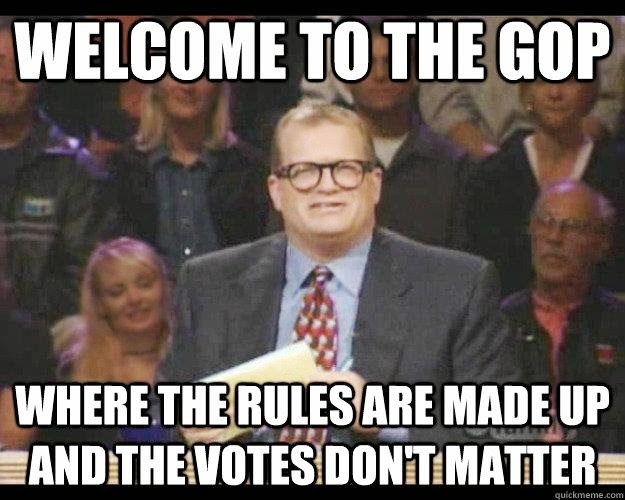 Let's make it $2m a day, and the last debate and push against Obamacare was two weeks long, is $20million spent on a thing the country doesn't want them to do, and the courts have warned them against for continuing to waste their time.  Now, let's times that by 33, for a rough estimate (not counting legal fees, researchers, and a myriad of other expenditures the we, the tax payers have had to pay for while they play this silly game.)  so that $660 million dollars expended on the pursuit of recalling Obamacare.

The GOP was right. Obamacare is going to cost us a fortune -- they just failed to mention that the cause of the cost was going to be in GOP expenditures.

We could have done quite a bit with $660 million dollars. For example, we could have funded the medical research and probably had a cure for the Ebola virus -- instead of being faced with a plague. Thank you GOP for that one.

Only a fool believes that all of the problems we are facing all stem from Democrats or Republicans. The real cause of these problems is us, the voters. As voters, we need to give up the Party, drop all notion of Party allegiance and return to our allegiance to the nation. We need to send a clear message that we believe in the Country, not the Congress. They have to realize that the latest poll showed the level of trust in Congress is at 8% ... but they have changed nothing. They continue to act with their own agendas, not for their constituents.

Personally, I feel that all of them should be replaced. Republican, Democrat, Independent. Who ever is running against these men, vote them in. Switch the whole floor out, both parties across the board.

I guarantee that stuff will start being taken care of in Congress 114. 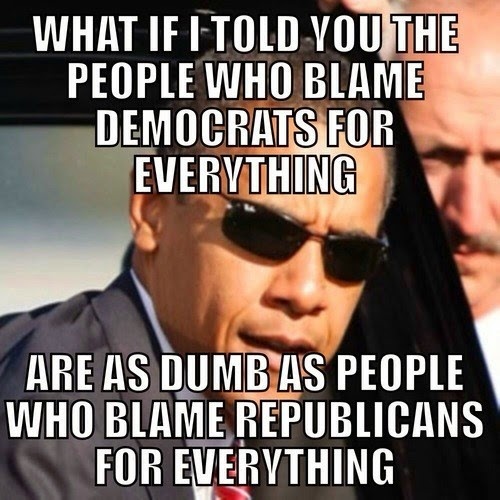