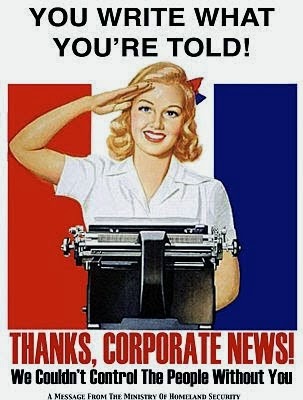 First, off, before we go any further, the Common Core Standards for 4th grade, are right here, on the Common Core web site. These are exactly what your child's teacher will be working off. All the grades are listed there. Every one of them.

She will develop lessons, or they will be supplied to her by your school which will address in an appropriate way, the activities, reading and writing to get those standards met with her lesson.

You'll notice something here with the Real  Common Core standards. It never says Fiction or Non fiction must be used, or how often either of those must be used, or that Mythology can not be used or any thing along those lines. I point this out because I run into the declaration that Common Core is going to rid our children of life and imagination  That is hogwash. Two of the composers of CCSS wrote and published an article on this topic, which clears all of this up.The Role of Fiction in the High School English Language Arts Classroom

So, let's compare. The suggested web site tells me:


Examples of skills fourth graders should learn under Common Core
4th grade reading skills
1) Using increasingly sophisticated decoding and fluency abilities to tackle more challenging novels, nonfiction books, and online research.
2) Identifying and explaining elements of different kinds of text. Discussing the verse, rhythm, and meter in poetry; the cast of characters, settings, and dialogues in stories; and the timeline, diagrams, and cause and effect in a nonfiction text.
3) Inferring – a new, subtle skill – to answer questions. Your child needs to point to a few different examples to show how a text conveys a point or outcome that's never expressly stated.

Since this is for a 4th grader, some of these don't feel like they are .. well.. appropriate. In fact, I'm not sure that I could discuss verse, rhythm and meter in poetry and I'm a writer. Cast of Characters? Well, a 4th grader could probably do that part but diagrams? Cause and Effect? Is that a 4th grader thing?

Refer to details and examples in a text when explaining what the text says explicitly and when drawing inferences from the text.

Determine a theme of a story, drama, or poem from details in the text; summarize the text.

Describe in depth a character, setting, or event in a story or drama, drawing on specific details in the text (e.g., a character's thoughts, words, or actions).

Determine the meaning of words and phrases as they are used in a text, including those that allude to significant characters found in mythology (e.g., Herculean).

Explain major differences between poems, drama, and prose, and refer to the structural elements of poems (e.g., verse, rhythm, meter) and drama (e.g., casts of characters, settings, descriptions, dialogue, stage directions) when writing or speaking about a text.

Compare and contrast the point of view from which different stories are narrated, including the difference between first- and third-person narrations.

Integration of Knowledge and Ideas:

Make connections between the text of a story or drama and a visual or oral presentation of the text, identifying where each version reflects specific descriptions and directions in the text.

Compare and contrast the treatment of similar themes and topics (e.g., opposition of good and evil) and patterns of events (e.g., the quest) in stories, myths, and traditional literature from different cultures.

Range of Reading and Level of Text Complexity:

By the end of the year, read and comprehend literature, including stories, dramas, and poetry, in the grades 4-5 text complexity band proficiently, with scaffolding as needed at the high end of the range.

Now, the Real Common Core language is not dumbed down at all. It's not meant to be. It is written in concise language. Highlighting a word or phrase and then searching Google for it, will often give you a good explanation for the terms. However, I think it is clear enough that our 4th Grader is not going to be  Using increasingly sophisticated decoding and fluency abilities to tackle more challenging novels, nonfiction books, and online research. She's not a robot. She is going to be reading books  which are a little harder each time, and improving the skills she is learning.

I really like the last fake one, because it is actually a reworded, highly confusing and scary example of non-consie word usage -- for the first question of the Real CC standard.

Real : Refer to details and examples in a text when explaining what the text says explicitly and when drawing inferences from the text.

Draw an Inference, is, to draw conclusions. This means that the information is never clearly stated, but the meaning is there. An example of this for the text of this article to this point would be:


"The author believes that the greatschools.org website is writen by a bunch of lynig propagandists and he doesn't like them very much."

See? I don't actually come out and say that in this article (except right there in the example) but there are some details and examples in what I have said which could justify that statement.

Now, you might be going back over these two and thinking, "Um, they aren't that much different." True.

So, no, Great Schools is not explicitly lying. They are inferring a lie by creating confusing complexity using inaccurate synonyms to compose difficult to read inflammatory sentences.  This is why we like Concise language for things like Standards.

I've been through many of the CC standards and none of them felt like they were over-the-top. So, if you read on a web site something that feels like that, check the Common  Core standards.

When I think of 4th graders I tend to think of questions like "Isn't that when kick ball becomes important?" There is little slack in them. Your child will be learning all year long. No doubt about that. Great Schools is trying to scare you though. They are giving you an unwarranted cluster of garbage to push a negatively charged emotional response to Common Core.We like to call that propaganda.

While we are here, let's notice a few more things. There are meme's that claim that Common Core gives the Federal Government control over the information  your child will learn. As we can see in the standards, this is not true at all. The standards describe levels of knowledge and skill -- but do not tell the teacher, that she has to teach this from Glenn Hefley's How to Rule the World text book. It didn't tell us any book at all. In fact it didn't tell us "How" to teach any of this, only that these skills need to be taught.  The Fake Core from Great Schools said "graphs" .. no graphs in Common Core. No push or preference on tools. Only the goals and results. The teacher may decide that graphs are useful and the best way to teach the lesson. She may also decide that sticky notes and a song are the best way to teach this lesson. CC is unbiased about either method.

Check out claims before agreeing with them There are some deeply disturbed people with agendas around this subject. If it sounds very disturbing.. check it. If you actually find a factual disturbing element of Common Core. I would love to hear from you.