In Oklahoma the Governor, Mary Fallin, repealed Common Core. She did this to make herself more popular in the polls and to look better on TV. Why she believed that the repercussions of ESEA would wait to come down on necks of the Schools until after the elections I don't know. But she did, apparently, but they didn't. Now she has lost millions for her school kids and teachers in Federal funds. She also has to spend millions to create Oklahoma's own set of educational standards in weeks, and the required ESEA testing. Also, of course ESEA's "Corrections" from their last testing cycle, need to be applied, which means, many teachers are about to be fired because no school passed the AYP last time. The teachers will likely be fired because of a "Failure to Perform" -- so it is likely that they will not gain unemployment. [UPDATE-- Looks like the ED is going to have nearly a year to get their standards created before any repercussions happen, but they did loose all of their waivers and are operating this year under the full stringent ESEA -- basically, it is middle-ages with ESEA all over again.]


Frederick Hess of the American Enterprise Institute asserts that the experiences of Oklahoma and Washington highlight "what a lawless process" the waiver system has become.  "I defy anybody to go through and find any shred of consistency in the decisions that have been made here," he said.

Hess added, "States were ushered into signing up for the Common Core en masse ... and it’s brought us to this predictable place. They’re now stuck in this place where they’re told if you move off the Common Core, you’re supposed to come up with new assessments and standards in a matter of weeks ... it’s a somewhat unreasonable expectation."

According to Fordham Institute President Michael Petrilli, the Department of Education's decision is a "terrible" one and Fallin has grounds for a lawsuit. "Nothing in ESEA gives the secretary of education the authority to push states around when it comes to their standards," Petrilli said. 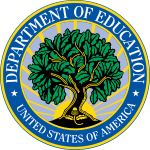 So, Petrilli is right, technically. There is nothing in the ESEA which gives the Secretary of Education, the authority to enforce Bush's ESEA Act. -- but Duncan doesn't' require it to have any special instructions of authority described either. He has all the authority he requires. Also, Duncan really has very little choice in How the actions are proscribed, or What they require. Unfortunately the ESEA law is articulate as it is tyrannical.

The fix, was Common Core. A "reorganization" which would take the states out of the line of fire for a few years - hoping Congress would finally get around to fixing the ESEA law. Congress is the only one who can do this. However, since 2008 Congress has ignored more than 40 requests from Obama to make these changes and save our schools.

Frederick Hess of the American Enterprise Institute .. is an idiot. Have you ever read any of his books or web pages? The Koch propaganda dipps off them like crude. Hess is a strong proponent of For-Profit education -- citing that Private Corporations would do a much better job than teachers who work for State Department of Education. The fact that declaring Proprietary Methods would shield these corporation from oversight and inspection is only one of the negative points he fails to recognize. Besides, look at how well Privatizing our Prisons has gone (Over population, near zero supervision, zero reform, zero support, return expectancy near 75%). Exactly the kind of outcome we are looking for in education.

I've often wanted to tell him that it is not enough to say the positive points of an idea, while only highlighting the negative aspects of the current situation. But if it doesn't fit into a meme Tweet he doesn't pay much attention to it.


"I defy anybody to go through and find any shred of consistency in the decisions that have been made here," he said.

I believe I already have. The consistency is that this is a police action decreed by a Federal Act that the state of Oklahoma, in purposeful action, has violated. Common Core was not required, and it still isn't. However, following ESEA is required, just as it was before Common Core was shielding her from it.

So kids. What we learned here today is -- if there is a big mean angry dog on the other side of the door... no matter how much you don't like the color of the paint on the door -- don't open it.